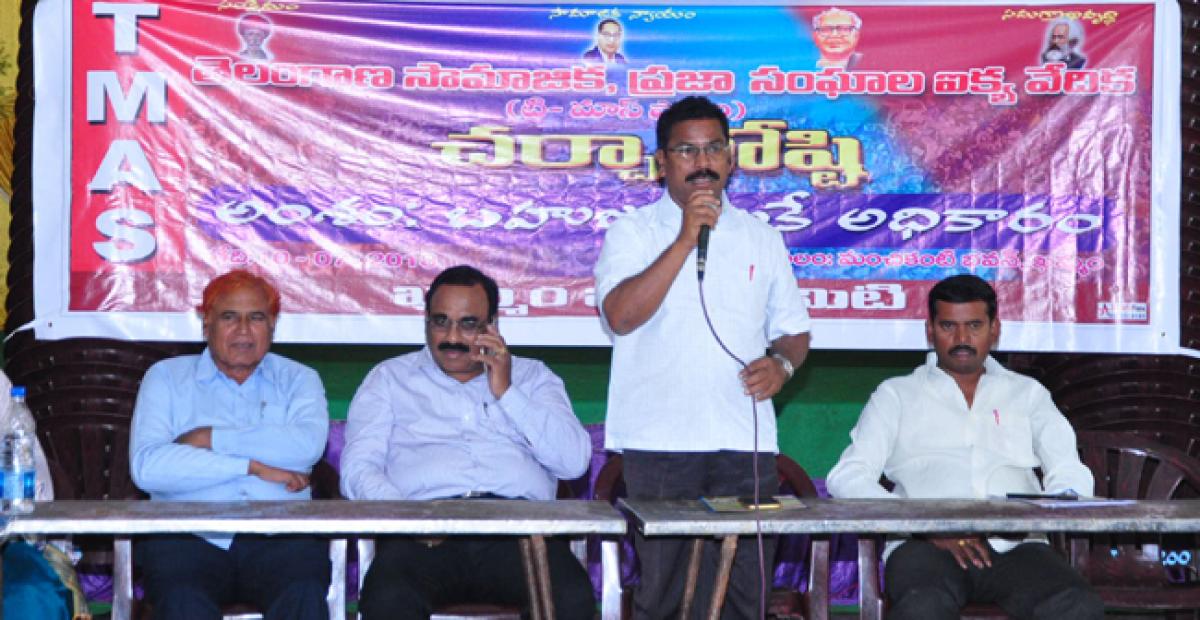 A meeting was held with the representatives of T-MAS under the leadership of district convenor Yerra Srikanth to deliberate on “Bahujanaluku Rajyadhikaram” here at Manchikanti Bhavan in Khammam.

Attending as a chief guest at the meeting, John Wesley said sacrifices of people had helped achieve separate statehood for Telangana. The people, who had high hopes on the TRS, were disappointed, he said.