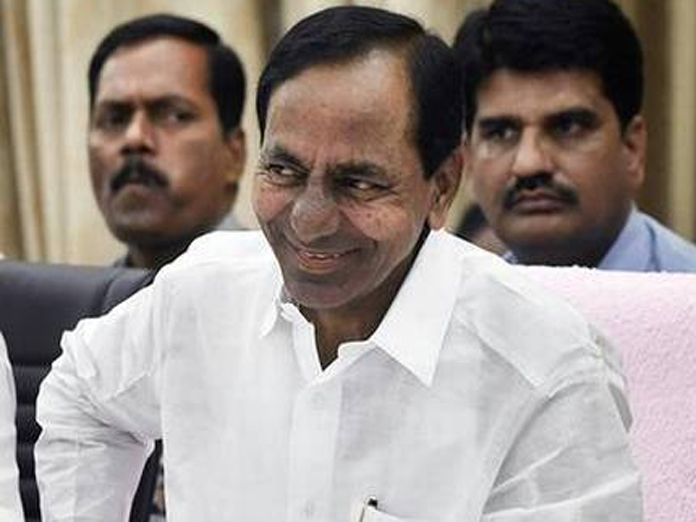 What is in Telangana Chief Minister K Chandrashekar Raos mind is the big question haunting all political parties in Telangana While TRS leaders puzzled on the protracted delay in the formation of cabinet, the opposition parties contended that nonformation of the state cabinet in full strength is the TRS supremos deliberate attempt to keep the state politics on tenterhooks till the Lok Sabha el

Hyderabad: What is in Telangana Chief Minister K Chandrashekar Rao’s mind is the big question haunting all political parties in Telangana. While TRS leaders puzzled on the protracted delay in the formation of cabinet, the opposition parties contended that non-formation of the state cabinet in full strength is the TRS supremo’s deliberate attempt to keep the state politics on tenterhooks till the Lok Sabha election which are to be held in two months.

Albeit several speculations are doing rounds that KCR may induct his cabinet anytime before the commencement of the budget session of the Assembly this month end, the TRS leaders said that the senior leaders, including KCR’s close aides – K Keshava Rao, V Prashant Reddy and S Subhash Reddy who are in regular touch with the CM – have no clue whether KCR did any exercise for expansion of the cabinet since he assumed CM’s office two months ago on December 13. Currently, Home Minister Mohd Mahmood Ali was the lone minister in the KCR’s cabinet. KCR government has been permitted to constitute 17-member cabinet.

“TRS working president KT Rama Rao is also oblivious of the KCR’s strategy behind the delay in the formation of the state cabinet. Within a week after TRS coming to power for the second consecutive term, KTR has been elevated second in command in the party. Initially, leaders expected KTR will take care of the party and also look after key departments in the government. KCR’s scion was also kept in the dark on the cabinet expansion,” a senior leader said adding that no leader knows how long the suspense on cabinet formation will continue.

Some leaders are hopeful that the cabinet formation will be completed before the beginning of the budget session. While a few said that KCR is already busy finalising the names and consuming more time as the TRS chief wanted to allot the minister portfolios in proportionate to population of each community. In the previous cabinet, Reddys were given top priority by allotting six cabinet berths followed by BCs and Velamas. This time, KCR wanted to allot BCs substantial number of berths in his cabinet.

The main opposition, Congress leaders, opine that KCR was postponing the cabinet formation intentionally. Earlier, the Chief Minister Office (CMO) itself leaked information that the cabinet expansion will be done after Sankranti.

After the festival, the CMO shut all doors to access officials to get information regarding cabinet expansion. AICC spokesperson Dasoju Sravan said that KCR is playing a political gimmick in the form of postponement of the cabinet expansion in a bid to divert the attention of people from the main issues like implementation of 10 per cent reservation to economically backward communities and fulfillment of the promises made by the TRS in the just-concluded assembly elections. Keeping the suspension in the air, KCR with all his political acumen wants to exploit the present political situation in favour of TRS in the Lok Sabha elections.