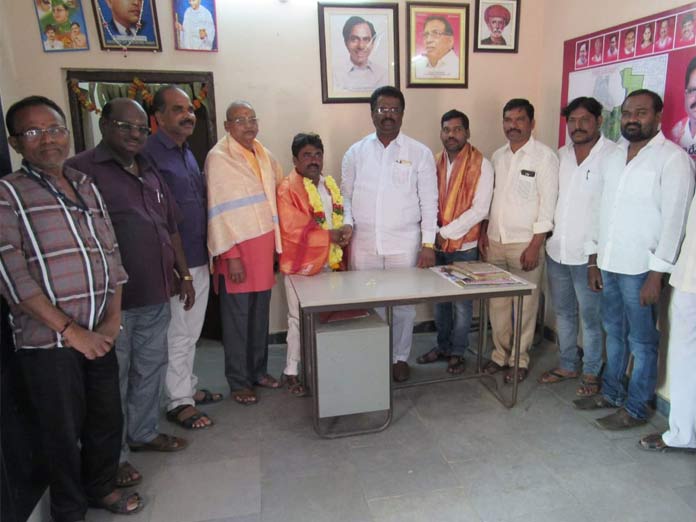 Mallapur: The new committee for Bank Colony in Mallapur was elected unanimously on Wednesday. The members of the committee met corporator Pannala Devender Reddy.

The corporator felicitated the new committee and advised them to strive hard for the development of the colony. He also appealed to them to utilise the various development programmes and welfare schemes introduced by the state government for the benefit of all sections in society.