Congress takes out rally against Operation Akarsh of TRS 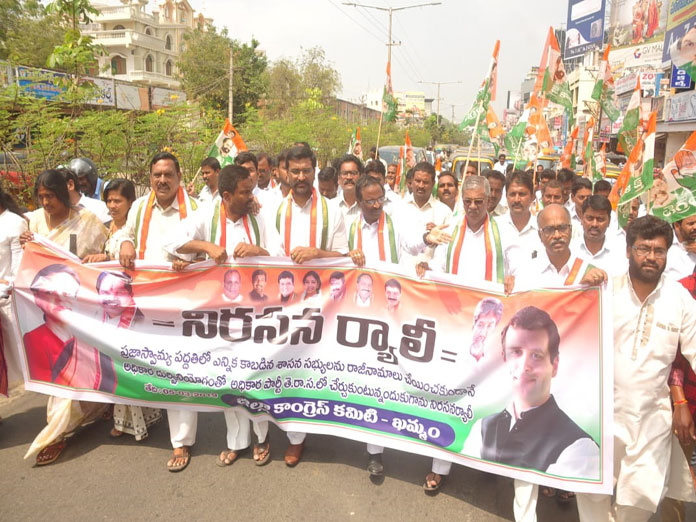 Khammam: The members of District Congress Committee took out a rally against the State government alleging that it was misusing its power and intimidating leaders of other parties to switch to Telangana Rashtra Samithi.

Activists of Congress party along with their leaders rallied to Ambedkar statue. Later, they submitted a representation to Administrative Officer in the collectorate, in which they alleged that TRS party supremo K Chandrashekar Rao was misusing his power and mocking the democracy by luring elected leaders from other parties into TRS.

They accused the TRS party of was making huge efforts to lure their democratically-elected representatives Pinapaka MLA Rega Kantha Rao and Asifabad MLA Atram Sakku into their party.