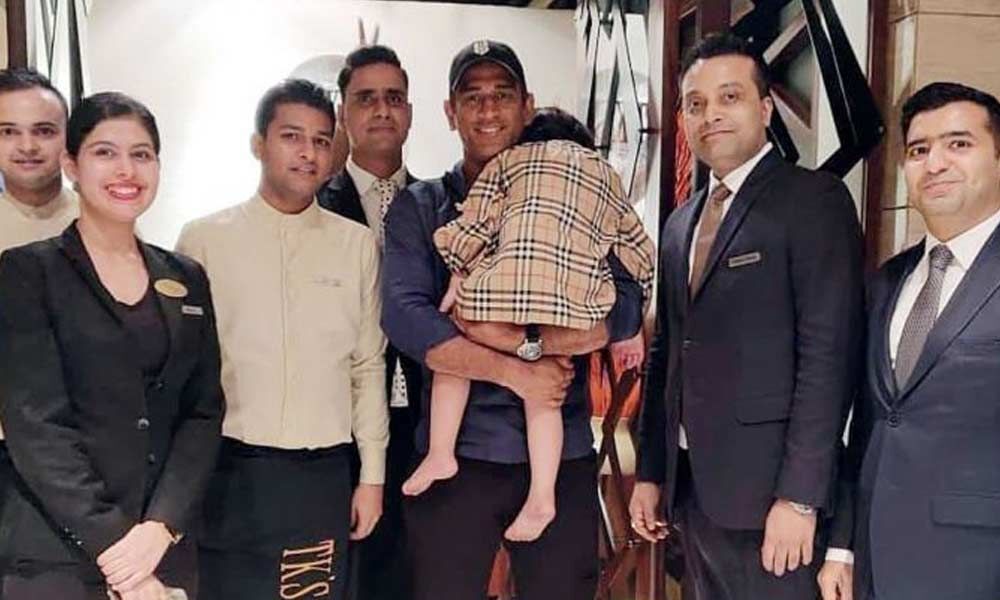 Dhoni had taken a break from cricket following the conclusion of India's campaign in the 2019 World Cup that was held in England and in that period, he joined the the 106 TA Battalion (Para) in Jammu for a two-week stint.

The 37-year-old, who holds an honorary title of Lieutenant Colonel in the Territorial Army, completed his stint on August 15.

Dhoni was deployed in the Kashmir Valley as part of the Victor Force and took the duties of patrolling, guard and post duty. He was later in Ladakh on the eve of the 73rd Indendence Day and images of him playing cricket with the kids there was all over the social media.

Rishabh Pant stood behind the stumps for India in the recently concluded ODI and T20I series against West Indies. Dhoni is next expected to appear in Indian colours when they host South Africa for a three-match T20I series.