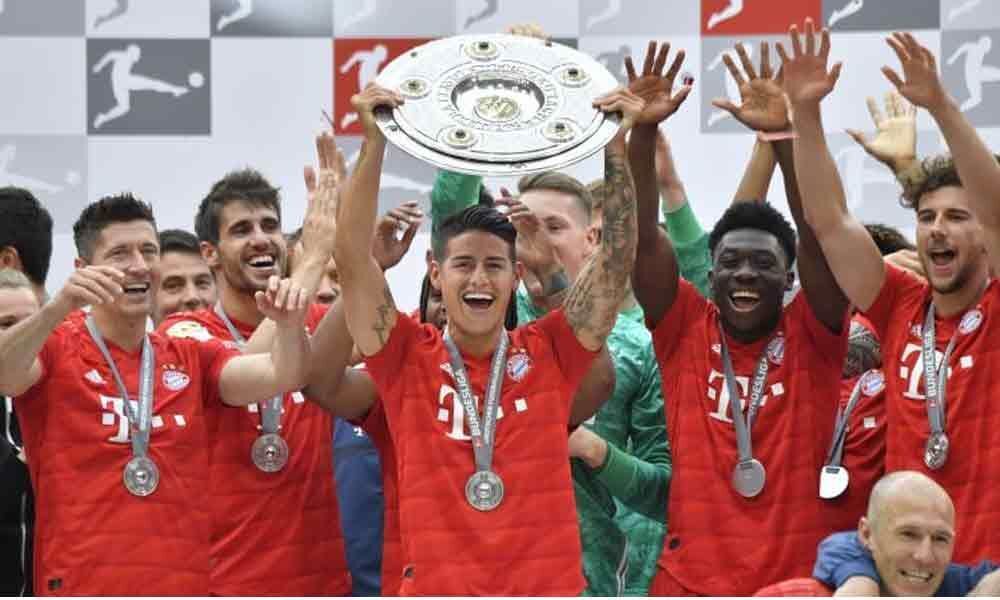 The Bavarians have now won the German league title a record 29 times, can grab a domestic double if they beat Leipzig in German Cup final.

The Bavarians, who can secure a domestic double if they beat RB Leipzig in the German Cup final on May 25, have now won the German league title a record 29 times.

"It was no easy season by any means. What the team managed to achieve after a lot of criticism is significant. That is why I would like to thank them all," Bayern coach Niko Kovac told Sky after his team topped the standings with 78 points.

With veterans Franck Ribery and Arjen Robben scoring in their last league game for the club and the Frenchman becoming the first player to win nine Bundesliga titles, victory was also sweet for Kovac.

He spent much of his first season at Bayern under pressure while his future in Munich, despite a contract to 2021, is still in doubt.

"I am convinced that it will continue (here)," Kovac said. "I have first-hand information. Now I hope that we can also win the Cup and celebrate the double."

With two points separating Bayern and Dortmund going into the final matchday, the Bavarians were in no mood for any mishaps considering they had squandered a chance to wrap up the title last week when they drew at RB Leipzig.

In a dominant first half they went ahead with Kingsley Coman after four minutes and missed a bagful of chances to score again.

Frankfurt briefly levelled when Sebastien Haller stabbed in on the rebound in the 50th but their hopes of a top-four finish lasted only minutes with David Alaba and Renato Sanches netting for the hosts in the 53rd and 58th.

Ribery, who joined back in 2007, and Robben, who arrived two years later, then came on as substitutes and scored Bayern's fourth and fifth goals for a perfect farewell.

Ribery overtook Bayern greats Philipp Lahm, Bastian Schweinsteiger, Oliver Kahn and Mehmet Scholl among other, who have eight league crowns to their names.

Bayern's Robert Lewandowski was crowned the league's top scorer for the fourth time with 22 goals.

Dortmund finished on 76 points after beating Borussia Moenchengladbach 2-0. RB Leipzig, third, and fourth-placed Bayer Leverkusen will join them in next season's Champions League.

Gladbach, VfL Wolfsburg and Frankfurt will compete in the Europa League.