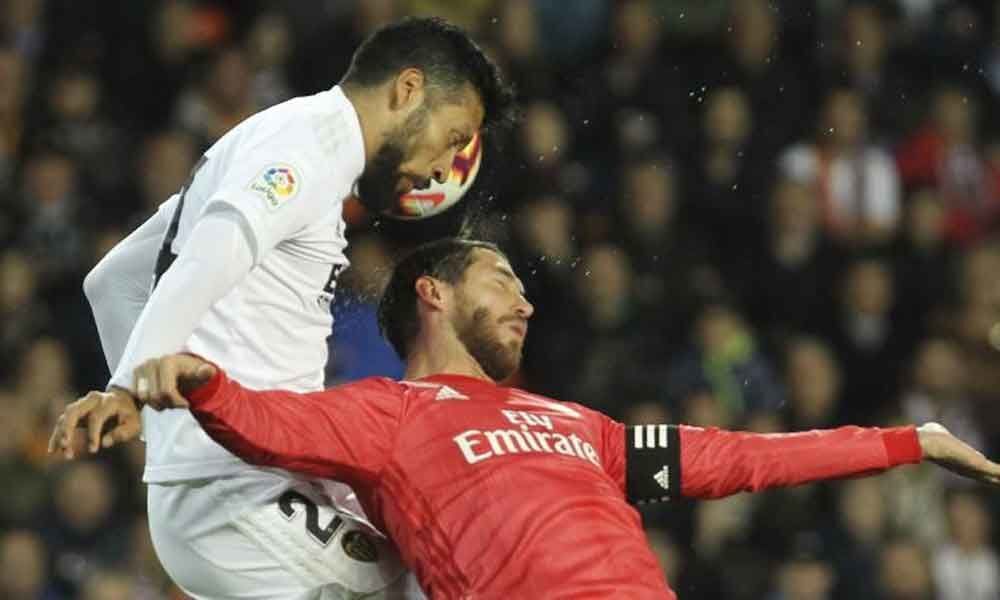 Valencia beat Real Madrid 2-1 in the Spanish league on Wednesday, handing Zinedine Zidane his first loss since returning as coach.

Madrid: Valencia beat Real Madrid 2-1 in the Spanish league on Wednesday, handing Zinedine Zidane his first loss since returning as coach. Goncalo Guedes and Ezequiel Garay scored in each half for Valencia at Mestalla Stadium, before Karim Benzema pulled one back for Madrid in second-half injury time. The result extended Valencia's unbeaten streak to 12 league matches and moved the team to fifth place in the standings, one point behind Getafe in the final Champions League spot. Valencia had a dismal start to the season but hasn't lost in 17 consecutive matches in all competitions. Madrid, now five points behind second-place Atletico Madrid, had beaten Celta Vigo and Huesca in its first two matches since re-hiring Zidane, who quit nine months ago after leading the club to three straight Champions League titles.

Atletico defeated Girona 2-0 at home on Tuesday to move within eight points of leader Barcelona, which scored a couple of late goals in a 4-4 draw at Villarreal. Barcelona hosts Atletico on Saturday. Madrid controlled possession from the start but it was Valencia that threatened the most on counterattacks.

Guedes opened the scoring with a right-foot shot from inside the area in the 35th minute and Garay sealed the victory with a header in the 83rd for his second goal of the season, with the other coming in the team's 1-1 home draw against Barcelona.

Levante evened the match with two second-half goals, including one in the 89th minute, but the hosts recovered after Muniain was fouled inside the area and scored from the spot. It was the third win in a row for Athletic, which is eighth in the standings. Levante, winless in six matches, stayed 15th.

Celta Vigo also relinquished a two-goal lead in its match at last-place Huesca, allowing the hosts to rally and take a 3-2 lead before netting an 81st-minute equalizer to salvage a point. A victory would have been enough to move Celta out of the relegation zone, but it ended one point from safety. Second-to-last Rayo Vallecano, five points behind Celta and one point in front of Huesca, lost 2-1 at midtable Eibar.