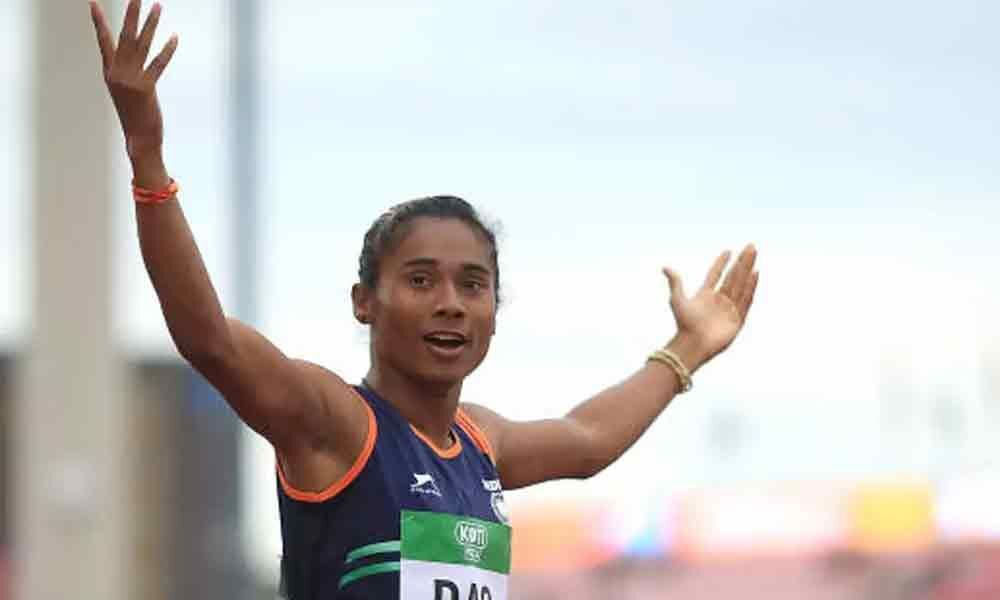 NOVE MESTO (CZECH REPUBLIC): Indian sprinter Hima Das extended her sensational run by claiming her fifth gold of the month as she returned to her pet 400m competition with a season-best time of 52.09s on Saturday.

The timing is slower than her personal best of 50.79 seconds, which she managed at the Jakarta Asian Games and she also narrowly missed out on the World Championships qualifying mark of 51.80.

However, it was better than the timing of 52.88 seconds, which she managed earlier in the season

It was Hima's fifth gold medal since July 2 when she ran her first competitive race in Europe.

In her first competitive 200m race of the year, she clocked 23.65 seconds on her way to gold at the Poznan Athletics Grand Prix in Poland on July 2.

After that, she won her second 200m gold at the Kutno Athletics Meet, also in Poland, on July 7 with a time of 23.97 seconds.

It was first competition in 400m for the 19-year-old from Assam, fondly called the 'Dhing Express', in the 400m event since she struggled to finish the Asian Athletics Championship in April this year because of a back issue.

Meanwhile, MP Jabir also won a gold in the 400-metre hurdles race, clocking 49.66 seconds but Mohammad Anas settled for a third-place finish in the 200m with a timing of 20.95 seconds.