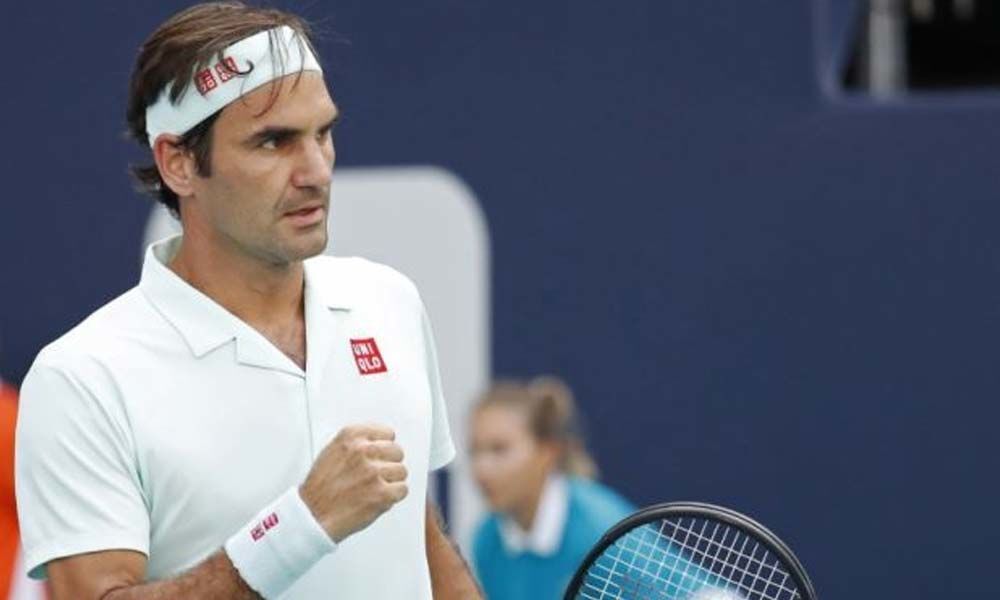 A clinical Roger Federer took a confident step towards a fourth Miami Open title on Wednesday, easing past 13th-seeded Russian Daniil Medvedev 6-4 6-2 to book his spot in the quarter-finals.

A clinical Roger Federer took a confident step towards a fourth Miami Open title on Wednesday, easing past 13th-seeded Russian Daniil Medvedev 6-4 6-2 to book his spot in the quarter-finals.

Federer, a winner of 100 career titles, can look back on dozens of brilliant performances and the Swiss maestro could add his ruthless fourth-round win over the red hot Russian to that list.

With 17 match wins, no player has had more success this year than the lanky Russian but Medvedev had no answers for a rampaging Federer, who needed just 61 minutes to reach the last eight, where he will take on towering sixth-seeded South African Kevin Anderson.

"There were really long rallies, tactical points. The big points went my way and that was the difference," said Federer.

"I'm serving great this week and hope I can keep it up in the next round."

The match got off to a routine start until Federer took control.

With Medvedev 4-3 up in the first, the 20-times grand slam champion swept the next five games to take the opener and a 2-0 lead in the second.

Medvedev halted the bleeding with a hold at 2-1 but there was no stopping the fourth-seeded Federer who claimed a second break to go up 5-2 and then had an easy hold to seal a business-like victory.

The Russian could not convert any of his three breakpoints, while Federer took all three of his.

Federer's fourth-round contest had been scheduled for Tuesday but was moved due to rain, giving the 37-year-old Swiss little time to recover before facing the hard-hitting Anderson, who was a 7-5 winner over Australian Jordan Thompson.

Defending champion John Isner came out on the winning side of two tie-breakers in his afternoon battle with Roberto Bautista Agut to advance 7-6(1) 7-6(5) to the semi-finals of the tournament, where he has yet to drop a set.

The seventh-seeded American thumped 25 aces to see off the Spaniard and will next face either 18-year-old Canadian Felix Auger Aliassime or defensive baseliner Borna Coric, who play their quarter-final in the night session on Wednesday.