Serena Williams to take on Barbora Strycova in semis 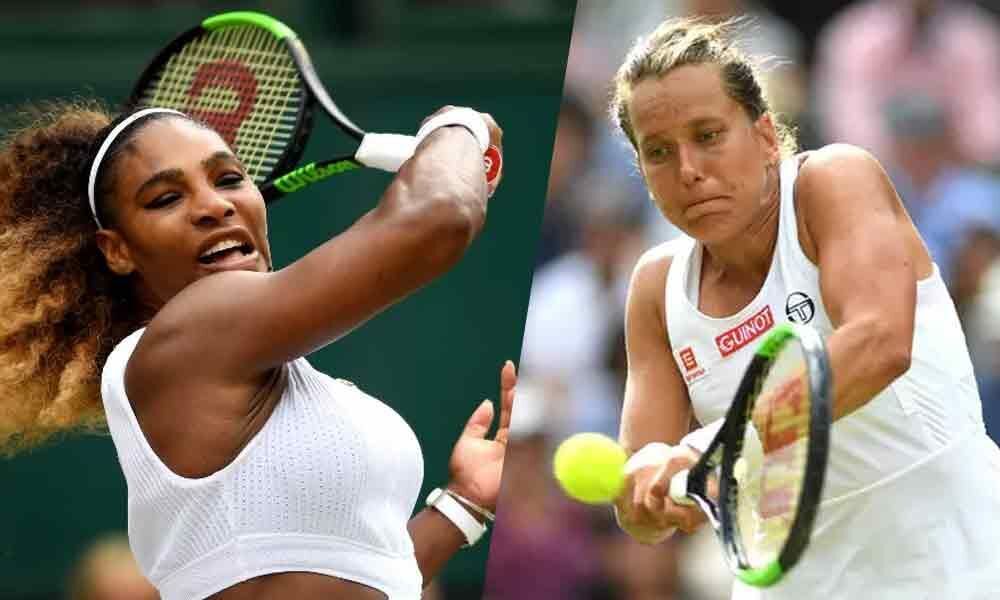 The 37-year-old seven-time champion had to draw on all her strength — physical and mental — to get past unseeded compatriot Alison Riske.

London: American superstar Serena Williams is tantalisingly close to equalling Margaret Court's record haul of 24 Grand Slam titles but it's far from a certainty given her shaky displays so far at Wimbledon.

The 37-year-old seven-time champion had to draw on all her strength — physical and mental — to get past unseeded compatriot Alison Riske in the last eight and faces another grass court loving opponent in Barbora Strycova in Thursday's semifinals.

The 33-year-old Czech veteran — the oldest player to play in a woman's semi-final for the first time — has found the thought of retirement a spur for playing some of her finest tennis and says she will step onto Centre Court "without any fear".

The other semifinal pits two seeds against each other, seventh seed and former world number one Simona Halep against eighth seeded Ukrainian Elina Svitolina.