'The actual growth of Kabaddi has happened after PKL' 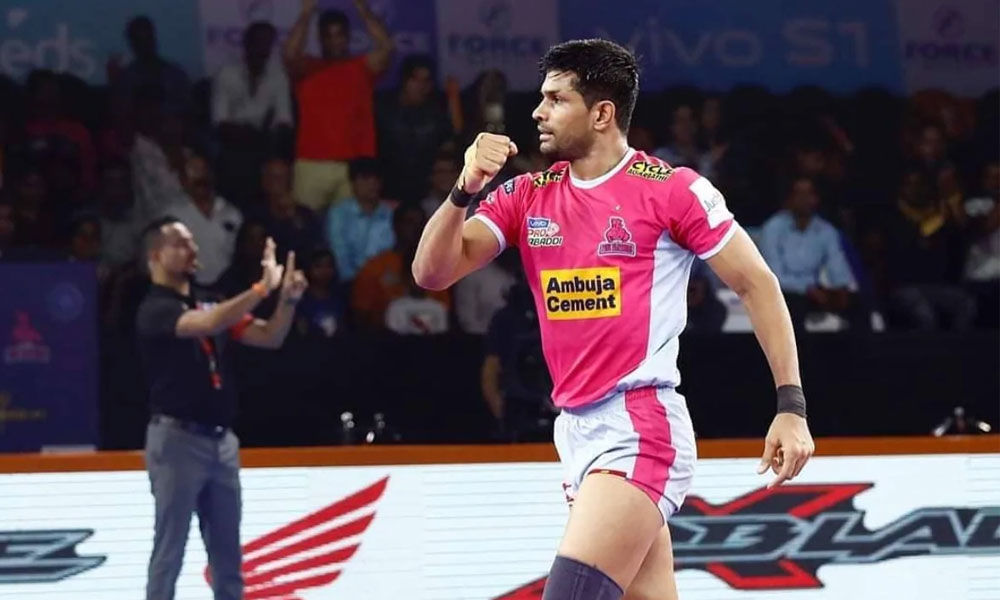 ‘The actual growth of Kabaddi has happened after PKL’

Deepak Niwas Hooda, Captain, India National Kabaddi team recently spoke at length on Sports Tiger’s show ‘Building Bridge’ about his career, coping up with the pandemic, his journey from a village in Rohtak to leading the National team

Jaipur: Deepak Niwas Hooda, Captain, India National Kabaddi team recently spoke at length on Sports Tiger's show 'Building Bridge' about his career, coping up with the pandemic, his journey from a village in Rohtak to leading the National team.

Deepak's journey has not been easy and he had to multitask and take on a lot of responsibilities from a very early age. In a recent interaction on Sports Tiger's show 'Building Bridge', he spoke about his early days and said, "When I was 4 years old, my mother passed away and in class 12, I lost my father. I also have an elder sister who was married but due to some family problems, she was staying with us with her two kids and I was taking care of them. I had to leave my studies at that time.

To run the household expenses, I used to go teach in a private school. I also started playing Kabaddi side by side. I used to practice till 6-6:30 am in the morning and then go and teach in the school. I used to comeback home by 2-2:30 pm and then again go for the evening practice till 7:30-8pm at night. He added, "During those days, for around 1.5-2 years, I used to also practice post dinner for 2-3 hours under street lights." Kabaddi, being a contact sport was one of the sports to have the maximum impact of the lockdown restrictions. Deepak, like most other sportsmen had to stay away from playing the game for a long time due to the nationwide lockdown.

He said. "During the start of COVID-19, there were a few problems but we managed." Now that competitive sports and tournaments have started, Deepak is happy about the development and said, "I feel good, we were waiting for Kabaddi to start. We were tired of just practicing, we wanted to play Kabaddi. We were always at home, roaming inside or may be on terrace. We were missing the competition."

He also spoke about the years 2014 and 2016 which turned out to be milestone years for him. He said, "In January 2014 Nationals in Patna, I played so good that I have not been able to replicate such performance in the Nationals ever since." Basis his performance, Deepak was called to the national camp and eventually got the second highest bid in the Pro Kabaddi League auctions a few months later. He also spoke about his India debut and said, "In 2016, I made my India debut and played the South Asian Games and the World Cup in the same year and have been playing since then." Arjuna Awardee Deepak has led the Indian team to a gold medal at the 2019 South Asian Games.