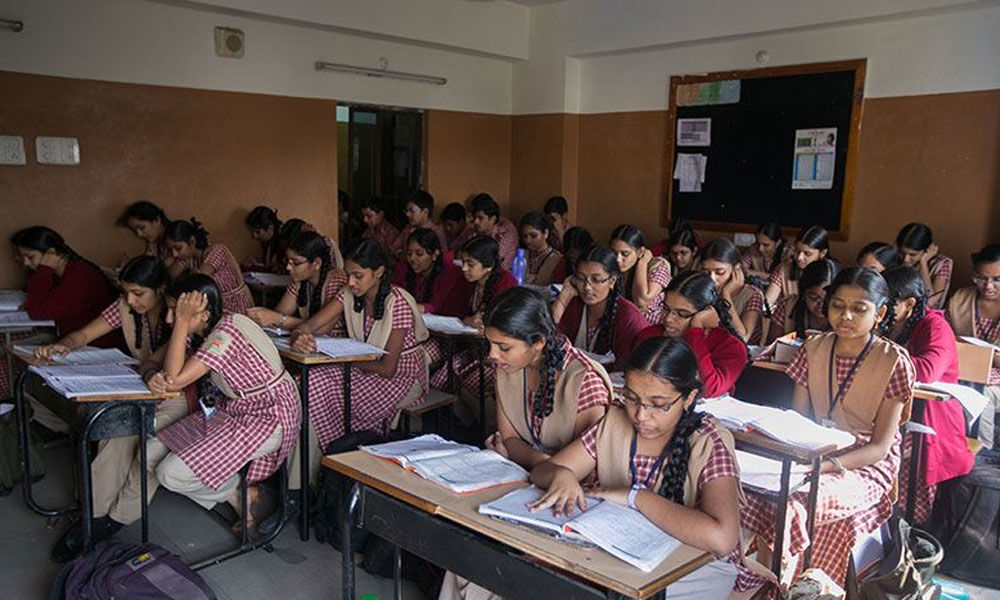 Hyderabad: The State School Education Department has decided to focus on improving the learning abilities of the students in Classes 6 to 9 during the ...

Hyderabad: The State School Education Department has decided to focus on improving the learning abilities of the students in Classes 6 to 9 during the 2019-20 academic year.According to the department sources, an assessment tests were conducted on reading, writing and arithmetic (3R's) in the months of July and August last year.

The main objective of the tests was to figure out the learning capacities of the students in reading and writing of Telugu and English as well as doing simple arithmetic, like sums, divisions, tables etc.However, the results indicated a disturbing trend. It exposed the drastic fall in the learning abilities of the students from Class 3 to 9. On the other, it is also raising questions on the performance of the teachers.

Speaking to The Hans India, a senior official from the department said about nine lakh students had been assessed during the tests. Out of them, those, who cannot read and write the Telugu language, were over 33.66 per cent. Similarly, those, who cannot read and write English, were over 48.13 per cent and in the case of students not able to do simple mathematics was over 48.79 per cent.

But, "What shocked us was that over 49.98 per cent of students have failed in all 3 R's. It comes to nearly 4.5 lakh or half of the students studying in the State-run government schools and they are lacking the basic strengths of education," he added. When asked the reasons for the falling standards, another official said, "introduction of compulsory free education made the students to get promoted from one Class to another, irrespective of their performance.

Further, there is no existing mechanism to make teachers accountable for the performance of their students. In turn, these two factors, among others have been taking a toll on the educational standards," he added.

However, sensing similar issues, the department has focussed on improving the learning abilities of the students of Class X during the 2018-19 academic year. "We will come to know the success of our efforts after the declaration of the SSC results," he said.

After focusing on the Class X students, now, the department has decided to focus on Class 6 to 9 during the 2019-20 academic year, to improve the learning abilities of the children. For this, the department has to figure out alternative ways of fixing the accountability of the teachers in relations to the performance of their students.