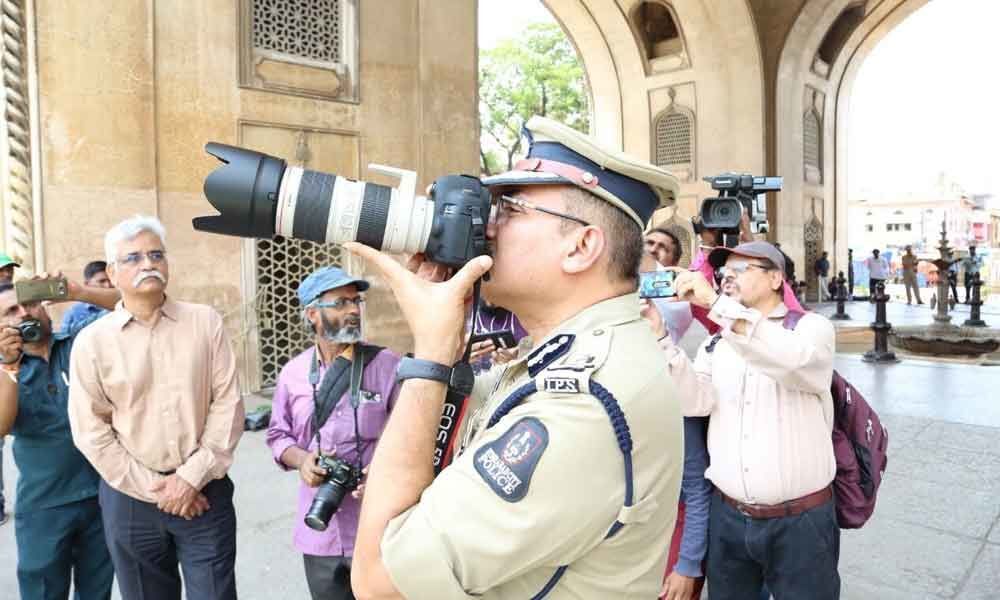 In view of Jummat-ul-Vida prayers during the holy month of Ramzan, City Police Commissioner Anjani Kumar on Friday inspected the security arrangements...

Hyderabad: In view of Jummat-ul-Vida prayers during the holy month of Ramzan, City Police Commissioner Anjani Kumar on Friday inspected the security arrangements at Mecca Masjid in Old city.

He along with other senior officials camped at Charminar and supervised the arrangements.

Thousands of Muslim devotees offered prayers at Mecca Masjid amidst tight security by the city police.

Later speaking to the media, the Commissioner said more than 4,000 police personnel with additional forces have been deployed at different mosques in the Old City for the safety and security of the people who come to offer their prayers.