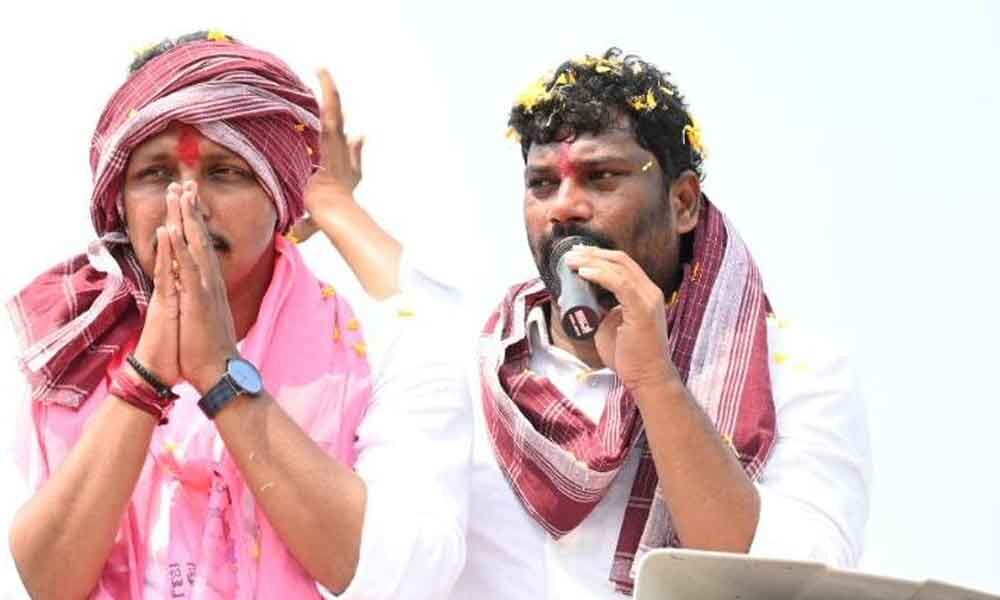 Peddavoora (Nagarjuna Sagar): Age-old Congress party situation has worsened in such a way that it lost its identity in Delhi and in gully also,...

Peddavoora (Nagarjuna Sagar): Age-old Congress party situation has worsened in such a way that it lost its identity in Delhi and in gully also, Government Chief Whip Balka Suman stated.

On Monday, along with party candidate for Sagar byelection Nomula Bhagath Kumar, he campaigned in several villages of Peddavoora mandal in Sagar constituency. Addressing the people, Suman described Congress as a sinking ship, which is ready to drown at any time.

The Chief Whip described CM KCR as a broad-minded person and added that the CM had declared to give free electricity to Naibrahmins, laundry and iron shops of Rajaka community.

Addressing the people, party candidate N Bhagat said that in 2018, his father Nomula Narsimhaiah was elected as MLA with the blessings of people and CM KCR. Since then, he put in all his efforts to ensure that all development schemes would reach every household in this constituency.

He urged the people to support him in Sagar byelection to be held on April 17 in order to work with the same spirit as his father in the interest of development of constituency and welfare of the people.