CPI flays government for not filling up TSPSC posts 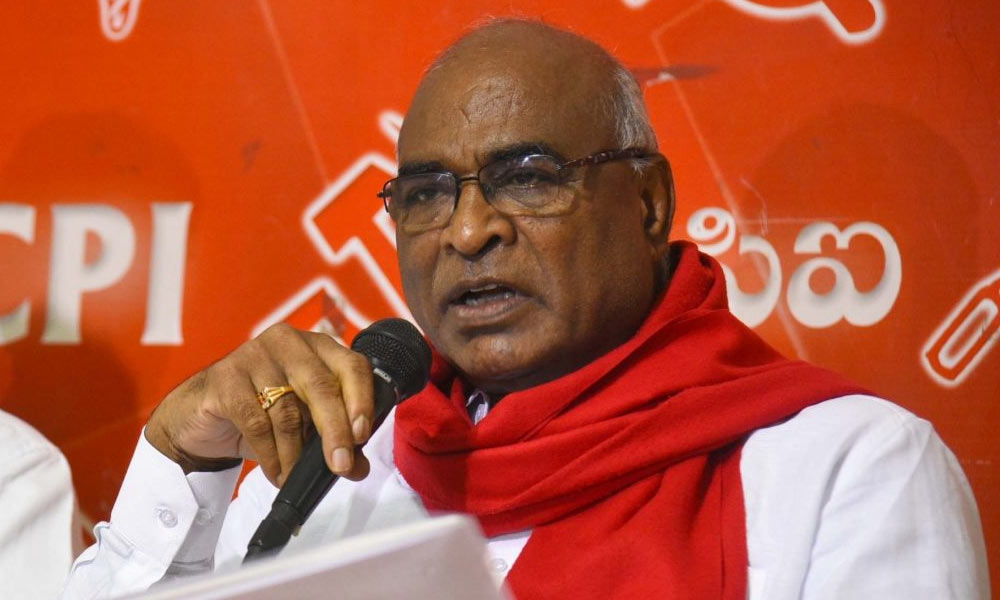 Himayatnagar: The vacancies in Telangana State Public Service Commission (TSPSC), including those of the chairman, and almost all members, besides stoppage of its recruitment process indicates the TRS government's negligent attitude, observed State CPI secretary Chada Venkat Reddy here on Friday.

Reddy said although the lone TSPSC member has been temporarily appointed the chairman, his term is to end in a few months. He criticised the government for failing to fill the TSPSC posts, even after claims by the CM and some ministers that 50,000 posts would soon be filled soon.

The CPI leader pointed out that unemployed youth were disappointed following delay in the issuance of job notifications, while referring to the death of girijan youth Boda Sunil Naik who succumbed to his suicide attempt. He stated that non-filling of vacant government posts, non-payment of unemployment dole and non-implementation of the SC, ST, BC and minority sub-plans, which provide employment, indicated the government's indifferent attitude towards youth.

Reddy demanded immediate filling of the TSPSC chairman and members' posts. He wanted the government to take the blame for Naik's suicide-death, while recalling the youth's video message that he was ending life because of the delay in issuance of employment notifications.

The CPI leader accused the government of 'cheating' by announcing at election time to provide jobs and pay dole, but failing to honour them. He expressed fears that there could be a spurt in suicide cases – as was the case during the Telangana agitation – if the government failed to immediately take up recruitment. Suicides could lead to social unrest in the State, he warned.

Reddy demanded payment of ex-gratia of Rs.1 crore to Naik's kin and a government job to a family member. He appealed to youth not to resort to suicides after becoming helpless, while advising them to fight for securing jobs. He pledged the party's support to youngsters.