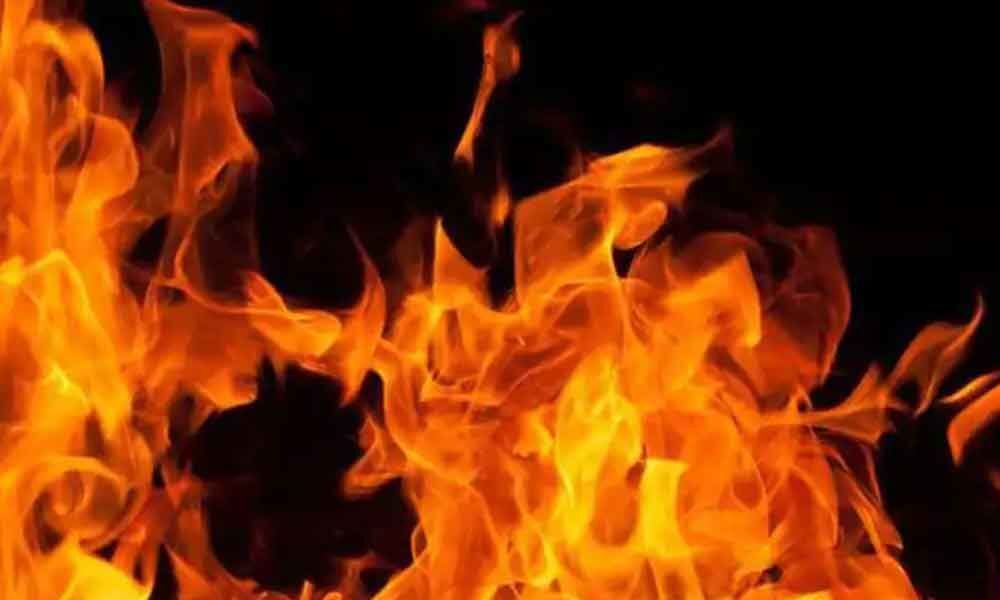 Fire erupted at a chemical factory in Pashamailavaram of Patancheru mandal on Saturday.

Patancheru: Fire erupted at a chemical factory in Pashamailavaram of Patancheru mandal on Saturday.

The blaze became so massive that a near-by company also caught fire and gutted by the fire. The fire crew rushed to the spot and controlled the blaze.

The crew also evacuated the people from the surrounding areas. The residents were scared by the sound caused by the explosion in the chemical factory. The details are yet to be known.