Forced by mounting losses, TSRTC to do away with CAT cards soon 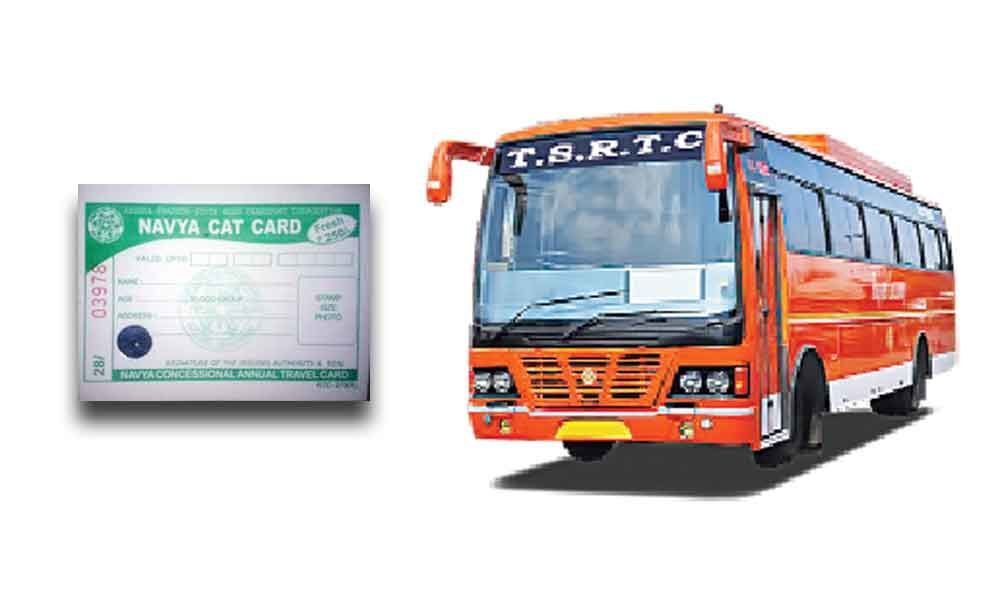 The TSRTC is offering several concessional annual cards to its passengers.

They provide discount in fares to passengers. These cards are popular among the commuters. The officials, however, are worried as theses schemes have attracted more passengers as it has led to the TSRTC suffering losses.

According to sources, the TSRTC management has directed the depot managers to scale down the losses and look for increasing the revenue.

The TSRTC MD Sunil Sharma, during a review meeting with the officials, discussed the possibility of fixing depot-wise monthly targets, sale of bus passes etc.

The RTC had introduced CAT cards like Navya and Vihari, for the benefit of long-distance commuters.

Navya CAT card is priced at Rs 250 with a validity of one year and it can allow passengers (allowed for four members from a family) to avail 10 per cent discount in all classes of inter-district buses.

Vihari card which is valid for one week is available for Rs 500 and can be used to avail 50 per cent concession on any inter-district or city service.

Vanitha Family card is provided to the BPL families who have white ration card. This is given for Rs 100 on producing the ration card.

The officials said that these cards are causing loss in revenue to TSRTC. A senior official told The Hans India that in Medak district the TSRTC must generate at least Rs 11 lakh revenue a day, but it is securing nearly Rs 10 lakh only.

"It was found out that the excessive usage of concessional cards is making a dent into the profits of the depot. Hence it was decided not to continue the cards.

The existing cards would remain valid till the expiry date and new cards will not be printed," said the official.

The cards were introduced to attract the passengers because of competition from the private players. The number of users of the CAT cards went up and almost 50 per cent of the passengers are now using this facility.

According to the officials, the corporation is reeling under accumulated losses of Rs 2,500 crore. As per the officials, presently 27 of the 97 depots are in profits.

However, with some corrective measures like rescheduling of the buses and increasing the occupancy ratio, the corporation could reduce losses to a greater extent in 56 depots. However, the total losses from the depots are Rs 480 crore.