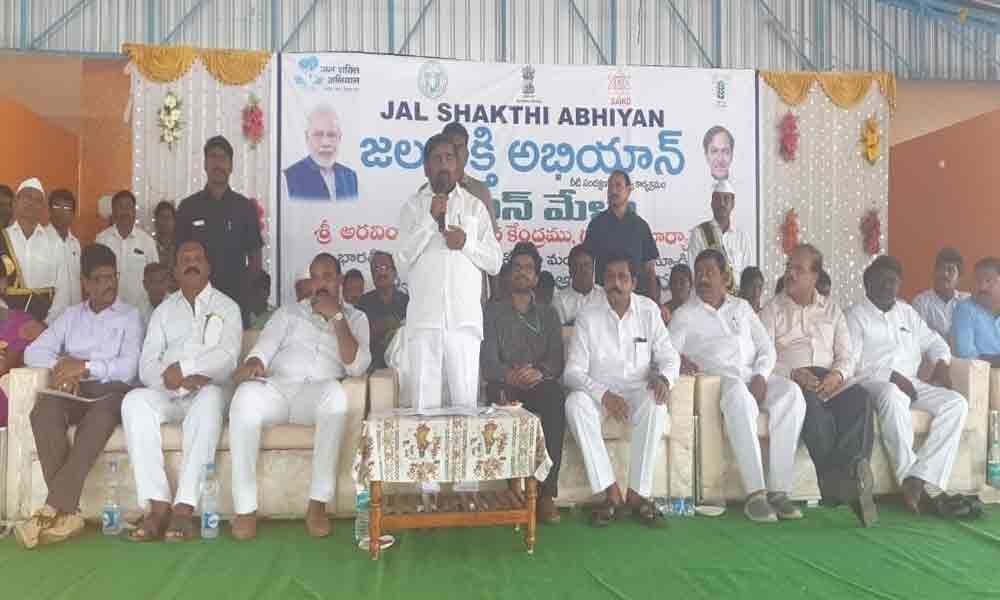 Along with Kodad MLA Bollam Mallaiah Yadav, the Minister participated in Jalashakthi Abhiyan Kisan mela at Nemikal village under Athmakur (s) mandal in the district. Speaking on this occasion , he said the Chief Minister has been striving hard to transform the State.

As part of Haritha programme, thousands of plants were planted on Hyderabad- Vijayawada national highway in Nalgonda and Suryapet district. The programme was launching by the Chief Minister at Gundrampally village of Chityal mandal in Nalgonda district.

He appreciated agriculture scientists and Krishi Vignana Kendram contributions for the development of agriculture and forest coverage in erstwhile Nalgonda district. Increase in agriculture production by 2,000 per cent in the State in past five years indicated the government's water conservation and increased irrigation facilities through irrigation projects.

As much as 50 lakh acres of land in the State is securing irrigation facility through prestigious Kaleshwaram irrigation project. He urged people to plant saplings and conserve every drop of water for the welfare of the State and in the interest of future generations.