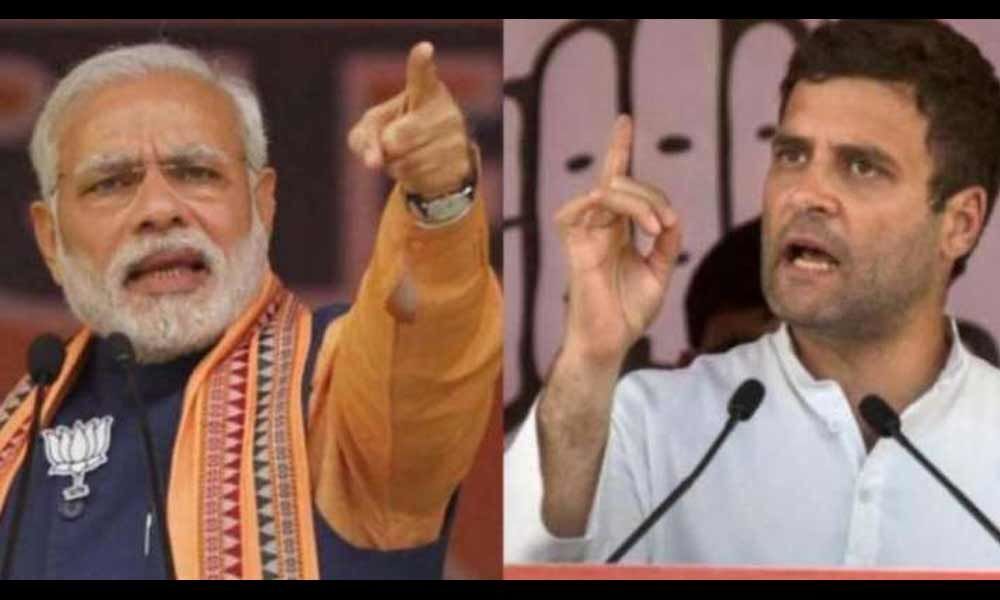 Hyderabad: Telangana will be witnessing intense campaign for Lok Sabha elections on Monday as Prime Minister Narendra Modi and Congress president Rahul Gandhi are set to address poll rallies in the state.

Modi will address a public meeting of the BJP at LB Stadium in Hyderabad on Monday evening. This will be Modi's second visit to Telangana in four days. He launched the party's campaign by addressing a rally in Mahbubnagar on March 29.

Secunderabad was the only seat that the BJP won in the 2014 elections. This time the party has denied ticket to outgoing MP and former Union minister Bandaru Dattatreya. The party has fielded G Kishan Reddy, a former president of the party's state unit.

Gandhi will launch the Congress' campaign for the April 11 elections in Telangana by addressing the first rally in Zaheerabad on Monday. Gandhi is scheduled to arrive in Hyderabad on Sunday night.

Before leaving for Zaheerabad by helicopter, the Congress president will meet senior party leaders and the candidates to discuss election strategies. After the meeting at Zaheerabad, Gandhi will reach Wanaparthy to address another election rally. He will end the day with a third rally at Huzurnagar.

The meetings will cover Zaheerabad, Nagarkurnool and Nalgonda Lok Sabha constituencies. People from other neighbouring constituencies would also be mobilised for the meetings.

State Congress president Uttam Kumar Reddy, who is party candidate from Nalgonda, is personally monitoring the arrangements for the Huzurnagar meeting.