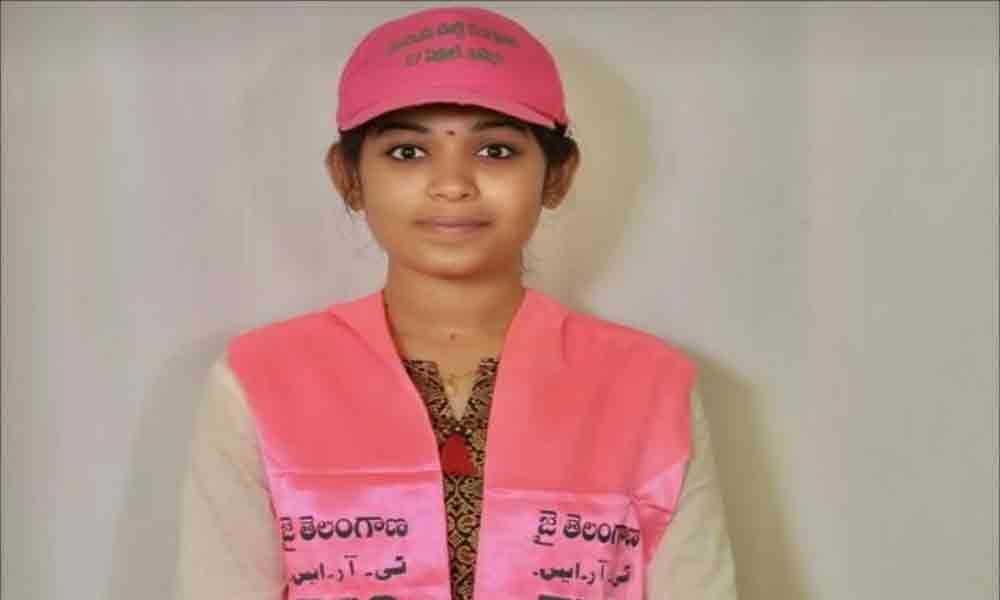 In a country where participation of youth in politics is still dependent on wealth and legacy, here is a young techie who is already making news by winning the Zilla Parishad territorial constituency (ZPTC).

Khammam: In a country where participation of youth in politics is still dependent on wealth and legacy, here is a young techie who is already making news by winning the Zilla Parishad territorial constituency (ZPTC). At just 21 years and 3 months, Maloth Priyanka is perhaps the youngest in Telangana to get elected to zilla parishad.

Nursing an ambition to serve the people directly, Priyanka chose to be a politician after giving a thought to have a crack at Civil Services. The announcement of election notification to parishad polls had come like a boon for her. With her father Raja Naik, a government school teacher, and mother Jayamma, a technical officer in the Irrigation Department, giving a green signal to pursue her ambition, Priyanka had decided to have a go at politics.

She applied for Telangana Rashtra Samithi (TRS) ticket. With the initiative taken by Khammam MLA Puvvada Ajay Kumar, she got the ruling party ticket and contested for Raghunathapalem ZPTC seat. Interestingly, Priyanka was pitted against another young techie Banoth Prameela of the Congress.

She recorded a comprehensive victory against the candidate winning the seat by a whopping majority of 8,157 votes, said to be the second highest margin in the State. The majority of votes she secured is highest in erstwhile Khammam district.

Born in a tribal family, amid serene settings of tiny Sukini Thanda, known as a model hamlet where no instance of a crime reported since the Independence, Priyanka is a meritorious student right from her childhood. She did her schooling in a private school in Khammam before leaving for Hyderabad for Intermediate.

Speaking to The Hans India, Priyanka said: "It's like a dream come true. I have an ambition to serve the people directly. I will strive hard for the development of my ZPTC and will be available to the people 24X7." I got a huge support from MLA Ajay Kumar and MP Nama Nageswara Rao. This apart, I drew a bit of inspiration from my maternal aunt Banoth Thara Devi and grandfather Desya Naik, who is Harya Thanda Upa-sarpanch, she said.