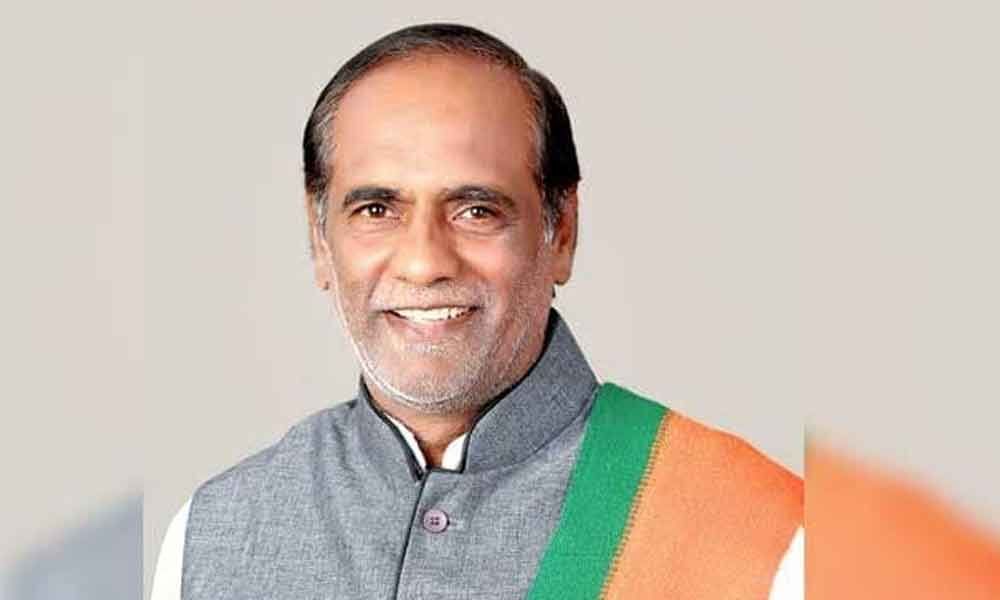 State BJP president Dr K Laxman on Sunday criticised Chief Minister K Chandrashekar Rao for not keeping his promises made to Dalits before the elections.

Hyderabad: State BJP president Dr K Laxman on Sunday criticised Chief Minister K Chandrashekar Rao for not keeping his promises made to Dalits before the elections.

Addressing media after paying floral tributes to Ambedkar on the occasion of his 128 birth anniversary, Laxman criticized the Chief Minister for not sparing time to pay tributes to Ambedkar and failing to keep his promise of erecting a 125-feet statue of the Dalit leader.

He said that the regional parties are turning into family parties and the Congress a dynasty party, Laxman said all parties have been treating Dalits as vote banks.

Contrary to this, Prime Minister Narendra Modi government at the Center has developed the Pancha Tirtha to give a befitting tribute to the chief architect of the Constitution.

He said the convention center established in the name of Ambedkar at Delhi is playing an important role in spreading the spirit of Ambedkar's ideology.

The State BJP chief said it was the BJP governments under then Prime Minister Vajpayee and Narendra Modi made concerted efforts for the development of Dalits by adopting the Anthyodaya policy of Pandit Deen Dayal Upadhyaya.

Reminding how Ambedkar was defeated in the elections to prevent him from entering into Parliament by the Congress during Prime Minister Jawaharlal Nehru tenure, he asked Dalits to emulate the spirit of Ambedkar to achieve social justice.

He recalled when Telangana was formed people from the underprivileged sections had high hopes for social justice in the newly created State.

However, their hopes were dashed as the TRS government headed by Chief Minister K Chandrashekar Rao adopted anti-Dalit policies and made the SC Sub-plan a toothless one in its implementation.