Telangana under the grip of dengue; nearly 5,500 positive cases in August 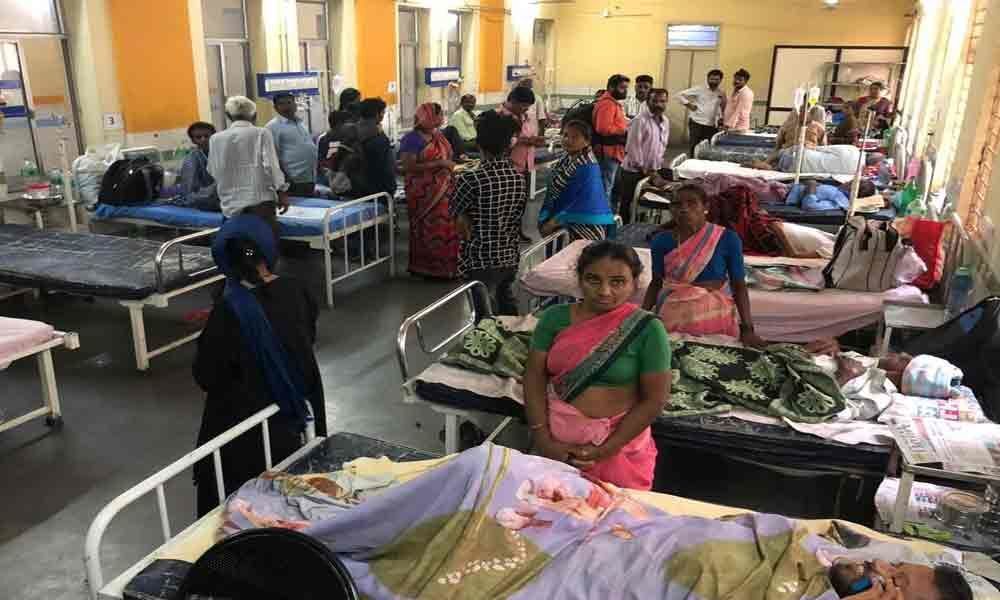 x
TS under the grip of dengue; nearly 5,500 positive cases in August
Highlights

Telangana is reeling under the impact of dengue with more than 5,500 positive cases registered alone in the month of August.

Hyderabad: Telangana is reeling under the impact of dengue with more than 5,500 positive cases registered alone in the month of August. Twelve districts including Hyderabad were identified as high-risk for this mosquito-borne tropical disease.

Khammam district is the most affected with 800 cases witnessed in the last four weeks. Hyderabad is not too far behind Khammam with State hospitals like Niloufer and Gandhi registering scores of positive cases with Niloufer alone accounting for nearly 500 of them.

With positive cases seeing a big jump from July to August, no wonder the entire Health Department including Health Minister Eatala Rajender swung into action and are closely monitoring the situation across the State.

Suryapet (over 550 cases), Nalgonda (nearly 350), Warangal Rural and Urban districts (over 350) are under the grip of dengue while in the other districts including Hyderabad, Medchal, Jagtiyal, Medak, Siricilla, Manchiryal, Nagarkurnool and Nirmal the number of positive cases in August were ranging between 180 and 250 mostly.

The other form of fever that had some impact if not to the extent of dengue but a little less than that has to be malaria. More than 1,000 malaria cases were seen in entire Telangana in the month of August with most cases accounted from Manchiryal (over 350 cases), Bhadradri-Kothagudam (240) and Hyderabad (130 cases).

Coming to State hospitals in the city, Niloufer got nearly 500 positive cases in August month alone while in Gandhi the figure was over 220. Strangely, Fever hospital in Nallakunta, that is being flooded with scores of patients for the last few weeks with daily OP registrations touching 2,000 on an average, registered only 50 dengue positive cases in the last month. This figure is very less considering over 51,000 patients registered for OP check-up in this hospital in August month.