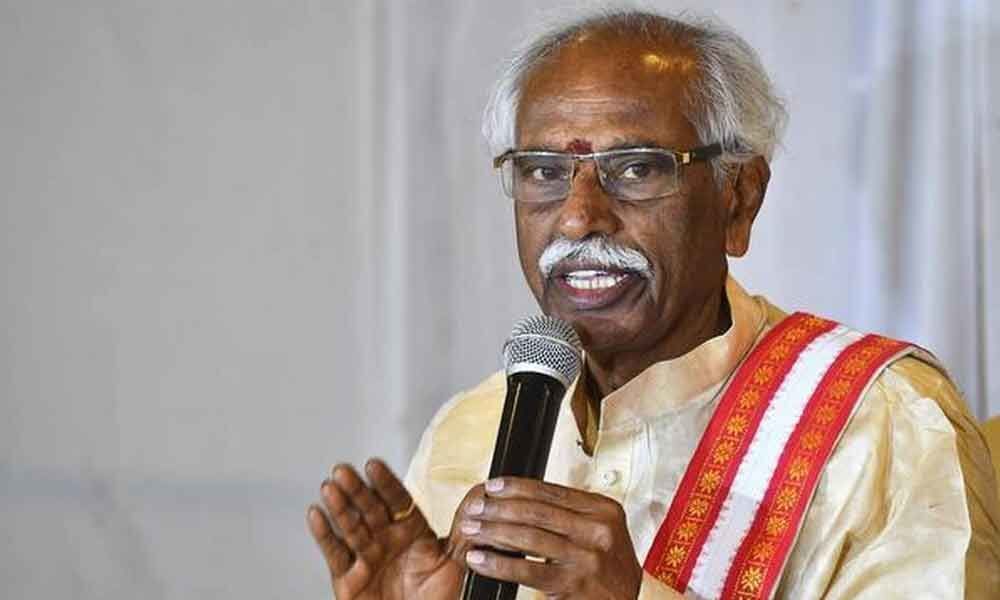 Hyderabad: Former Union Minister Bandaru Dattatreya, who has been appointed as Himachal Pradesh Governor, has expressed the view that the winds of change are sweeping across the country. The people, particularly the younger generation, demand a change.

Dattatreya, who would swear in as the Governor of the Hill State on September 11, narrated his journey in politics to The Hans India.

Outlining the changes taking place he said, "younger generation today wanted to make the country great. Whatever they want to express they are expressing without hesitation.

National interest, national security, corruption-free country are some of the issues for which they are giving their support."

Similarly, not only people but also big industrialists, traders of this generation wanted more and more transparency. For, "they are making it clear that they do not want a situation in which they have lived under constant fear.

So, they are coming forward openly to support establishing systems that are transparent and free from corruption." They see steps being taken in the right direction for the last five years under Prime Minister Narendra Modi's government.

Unlike earlier, there is a new culture set in motion in which people are blaming themselves for the shortcomings in society and governance.

Earlier, people used to be pessimistic when they see corruption, mis-governance etc in their day-to-day lives. But now they say whatever had happened earlier happened.

Now, it's time to change and to support the change. There is an urge for change across the country. It was against this backdrop that people are standing rock solid behind Modi's government.

they see some government which takes them seriously and delivers what they are aspiring and to give a direction to the country to make it stronger. "We saw a nationwide surge of emotion among people when Article 370 was abrogated."

Once Article 370 was abrogated there was a jubilant atmosphere across the country. Because the government of the day delivered what they wanted, he said.

He felt that that the younger generation should enter politics with a mind to serve the people instead of taking it as some kind of profession.

When asked about his own journey, he said his journey started way back in the 1960s and his political career had started from 1981. "Though I had come from a humble background in which my mother used to sell onions in Osman Ganj after my father's demise.

But she always encouraged me to study hard. She remained a street vendor even after I had become an MP," he added. Training by good leaders like Bangaru Laxman, P V Chalapathi Rao, D Surya Prakash Reddy, Jupidi Yagnanarayana, B V Rama Rao helped him become a big leader.

"I had seen many ups and downs in my political career. But the best was when I was made the chairman of the OBC committee. Also, I had served as Minister under great leader like Atal Bihari Vajpayee's cabinet and after that under Modi's government," Dattatreya said.