1.50L textbooks to be supplied to government schools in Vijayawada 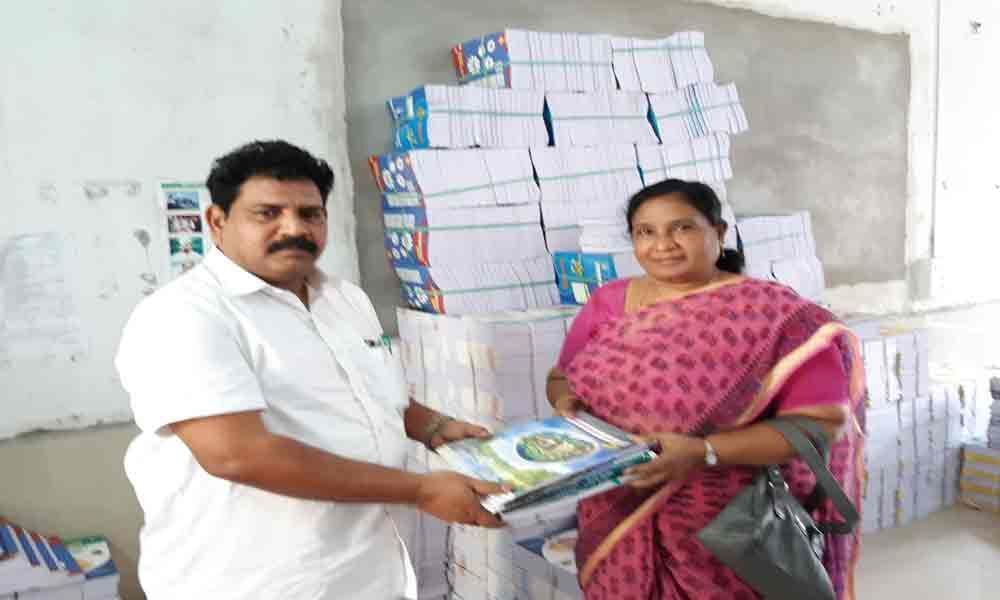 Education department is planning to distribute the textbooks to the municipal corporation schools, ZP schools and aided schools by June 12, the re-opening day of schools in the state.

K Ravi Kumar, Deputy Inspector of education, Vijayawada, told The Hans India that one lakh textbooks will be supplied to the schools by June 5 and another 50,000 textbooks will be distributed in the second phase before June 12. He said the education department is trying to supply textbooks to all schools before June 12 and instructions were given to all schools to collect the textbooks from the stock point arranged in Gandhi Nagar.

He said Government and corporation schools achieved 92 per cent success rate in the recently declared SSC examination results. He said the failed children will attend the supplementary examinations which will begin soon and efforts were on to get them pass and achieve 100 per cent success in the SSC public examinations. The government is supplying textbooks in English, Telugu and Urdu medium schools to the children free of cost, he added.