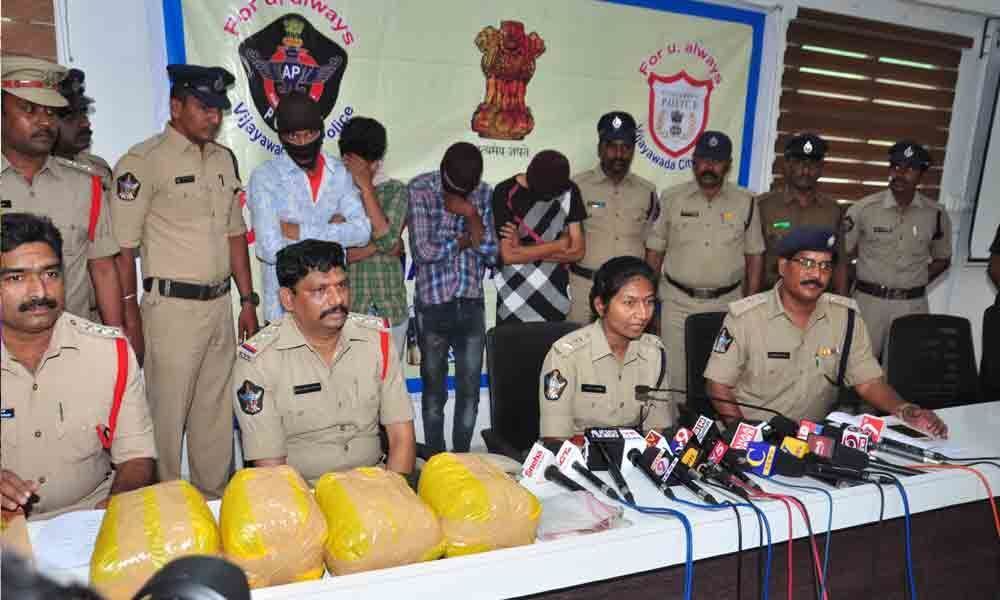 Deputy Commissioner of Police (Crime) B Rajakumari produced the four accused before the media at the Command Control Room on Monday. The DCP said the accused were mainly involved in ganja peddling and robbed gold chains and lifting motor bikes parked in the city.

In order to make easy money for lavish life, they joined hands with Shaik Basha, Rahmatullah alias Akhtar and Afzal formed into groups and sold ganja in the city.

They used to get ganja from agency areas of Visakhapatnam district. She said the police, on a tip off, nabbed the four accused near Punadipadu village under Kankipadu mandal.

During investigation, they came to know that the accused have committed chain snatchings under the police station limits of Satyanarayanapuram, Nuzvid, Kankipadu and Sathupalli (Telangana). Moreover, the accused were involved in motor bike theft cases under Ajith Singh Nagar police limits.