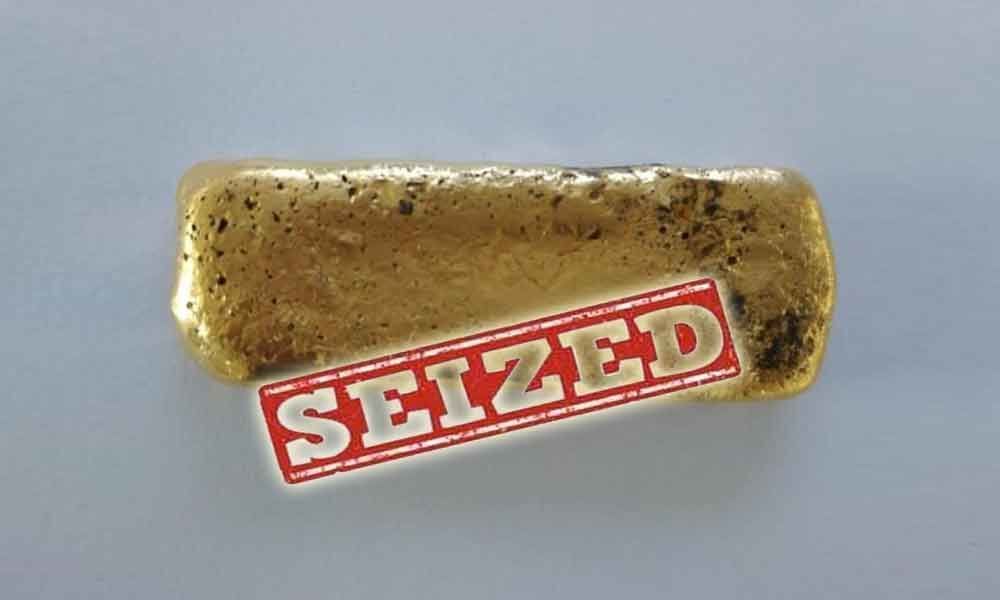 Based on the information gathered by the officers of Air Intelligence unit, Visakhapatnam International Airport

Visakhapatnam : Based on the information gathered by the officers of Air Intelligence unit, Visakhapatnam International Airport, attempts were made by an Indian passenger to smuggle the gold in the form of paste concealed in his inner garment.

The passenger arrived at the port city from Sharjah on Saturday.

According to sources, the same person handed over another packet of gold in the form of paste to another domestic passenger on board who was flying to Visakhapatnam from Hyderabad via Air India.

The press release received from the office of the Principal Commissioner of Customs said that both of them were intercepted at customs exit on Sunday.

When subjected to thorough probing, they stated that they were not in possession of any such valuable with them and in their baggage.

However, when the officials searched them further, they admitted that they concealed gold in their inner garments.

Gold weighing 554.8 grams of gold was recovered and seized, worth approximately Rs.18 lakh from both the passengers.

Further investigation is on.