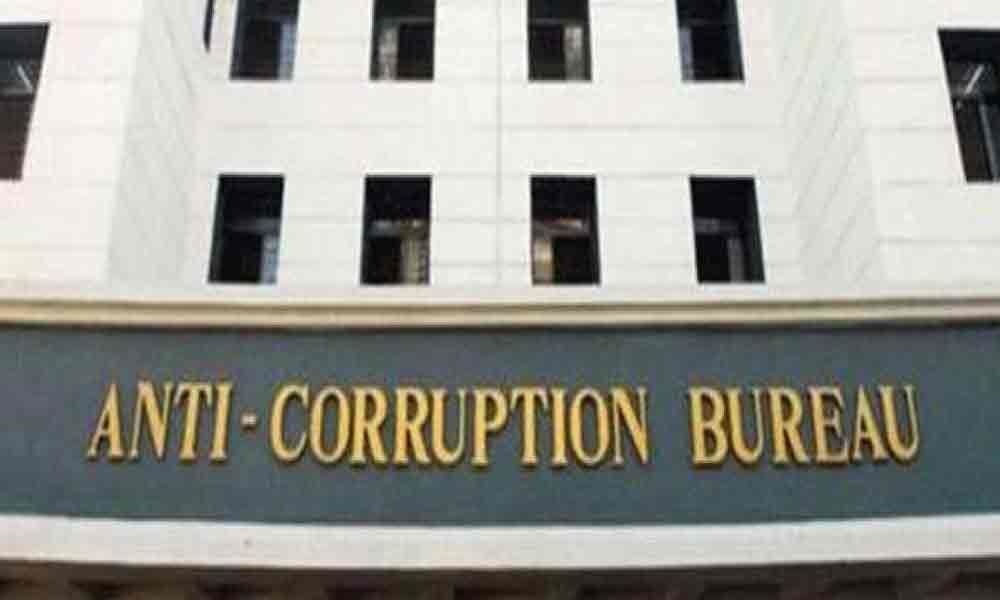 he Anti-Corruption Bureau (ACB) officials laid a trap and caught red-handed while two state government officials demanded and accepted bribe to do an official favour in the district on Friday.

Visakhapatnam: The Anti-Corruption Bureau (ACB) officials laid a trap and caught red-handed while two state government officials demanded and accepted bribe to do an official favour in the district on Friday. According an official release from the ACB, K Uma Maheswari, Mandal Agriculture Officer, Chodavaram and Agriculture Extension Officer B Jagannadhara Rao were caught red handed in the trap when the accused one demanded and accepted bribe of Rs.19,000 through accused officer 2.

P Santosh Ramu, a sales executive of Pasumarthy Adinarayana and Sons, Chodavaram approached ACB officials that the officials are demanding bribe for doing an official favour of forwarding application for renewal of fertilisers licence and for issuing of pesticide permanent licence. With the help of the ACB officials, the complainant went to the office and offered the bribe to the officials.

Jagannadha Rao (accsed two) received the bribe amount and counted money. Later he handed over to the same money to the accused one. She kept money in the first page of her office dairy which was kept on her table. The ACB officials recovered the bribe amount. The both accused were arrested and further investigation is on, the ACB informed.