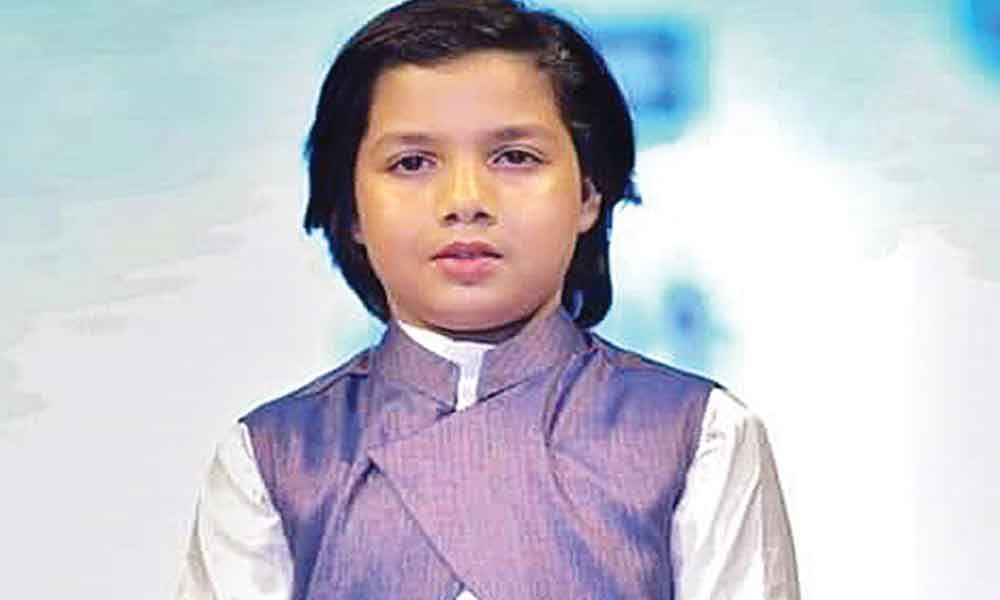 A ten-year-old young lad from Vijayawada, Safin Elham, studying at Delhi Public School is making waves in the field of fashion since his childhood and now Safin is making a foothold in movies as lead child actor in A Hindi short film.

Vijayawada: A ten-year-old young lad from Vijayawada, Safin Elham, studying at Delhi Public School is making waves in the field of fashion since his childhood and now Safin is making a foothold in movies as lead child actor in A Hindi short film. The message-oriented movie is on child education and rights and also on women empowerment.

The shoot of the film is scheduled to commence shortly, says his proud mother Tarannum, a post graduate. In the present times the mothers take initiative to nurture the future and career of their children and Tarannum is the best example.

Speaking to 'The Hans India', the happy mother says that Safin won little Mr International award in 2018 and kept winning Most Charming Kid and later won Professional Model and Child Model. He walked the ramp for renowned designers like Miss India Anukreety Vas in Goa and for Arjun Kumar Label.

Safin also took part in a Finished Shoot for a Kannada movie JATTI which was produced by Vilas Patil and directed by B Rama Murty of Sandal Wood. She said that Safin will soon act for one more Kannada movie Swayam shortly and the movie is on drugs and trafficking.

He is the brand ambassador of a few designers. He will be walking in Asian Designer Week which will be held in Delhi on April 27 for Zarana by Sana Khan. He also won international titles when he was just nine years old in Bangkok.

Tarannum said that he has always been dress conscious and never had stage fear. He is fond of singing, dancing and skating. He is a quick learner and gives his 100 percent. There is a lot of encouragement from parents and is a dad's boy, says his dad Dr Srikkanth Safin who wishes him to become a doctor.