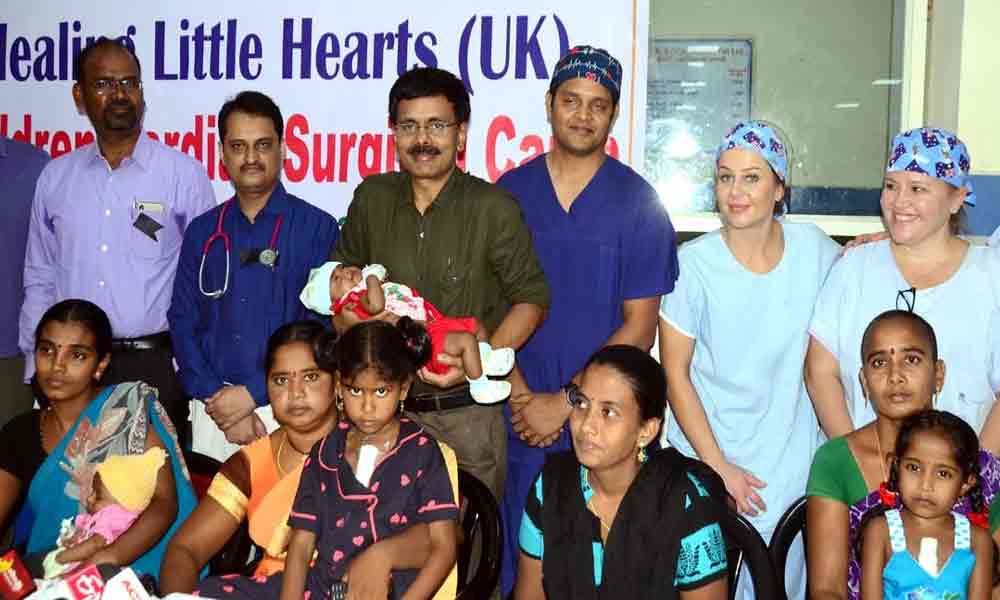 About 14 children had undergone free heart surgeries successfully at Andhra Hospitals in association with Healing Little Hearts, UK team along with Australian doctors’ team from June 9 to 14, according to Dr P V Rama Rao, Chief of Children Services Andhra hospital.

Addressing media here on Saturday, Dr Rama Rao said that a team of doctors from Australia, from the famous hospitals in Vancouver General Hospital Canada, Townsville hospital, Children's Hospital at Westmead both in Australia performed 14 free heart surgeries during the week.

Dr Rama Rao further said that about 1,000 children had undergone heart surgeries successfully at Andhra Hospitals in the last three and half years in 20 Paediatric Cardiac surgical camps which are first of its kind in the state.

He said that the success rate was nearly 100 per cent which was possible only with the team effort of Paediatric Cardiology, cardiac surgical team and Paediatric intensive care team from Andhra Hospitals.

Dr Rama Rao said the doctors' fraternity strongly condemn the attacks on the doctors at Kolkata recently and demanded the government to provide security to the doctor, hospital staff and hospital infrastructure. The government should take stern action against those who behave violently. He said on Monday they would suspend OP and attend only serious cases across the country in protest against the attacks.