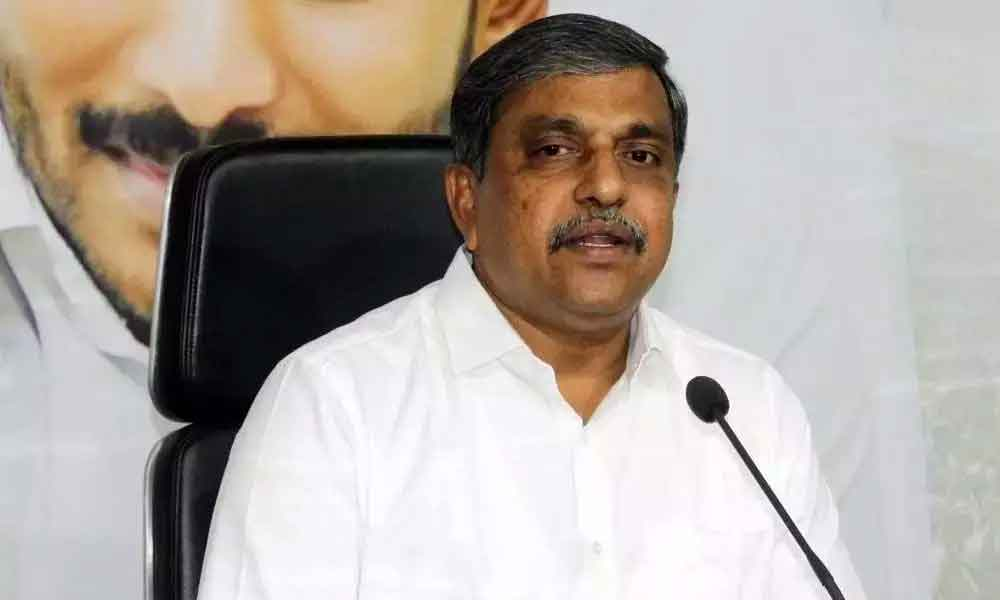 Government Advisor (Public Affairs) Sajjala Ramakrishna Reddy said that the list of candidates for Mayors, Deputy Mayors, Chairpersons and Vice-Chairpersons will be announced on March 18.

Amaravati: Government Advisor (Public Affairs) Sajjala Ramakrishna Reddy said that the list of candidates for Mayors, Deputy Mayors, Chairpersons and Vice-Chairpersons will be announced on March 18.

Addressing a press conference here on Wednesday, he said that Chief Minister YS Jagan Mohan Reddy has been discussing with the party members right from the district level on the selection of candidates and assured that BC's and SC's were given top priority as part of political empowerment.

In regard to Mydukur and Tadipatri municipalities, he said that neither party nor the government will never indulge in horse-trading to win in these municipalities, as the Chief Minister was very clear to go by the public mandate and not to go against it. He said that the results of Mydukur will be decided with a toss if Jana Sena candidate joins with Congress and in Tadipatri, the party would go with ex-officio voting and he asserted that the party will keep fighting legally.

Replying to questions, Sajjala said that anyone can file SC ST atrocity case, as the lands grabbed by Chandrababu Naidu belong to dalits. He said that the government is not being vindictive towards opposition leaders and stated that the law will take its own course. Right from the days of being in opposition YSRCP leaders told about the Amaravati land scam, where even people of Amaravati region trusted us and gave a thumping majority in 2019 elections, which is the ultimate right to investigate and take action against those involved, he added.