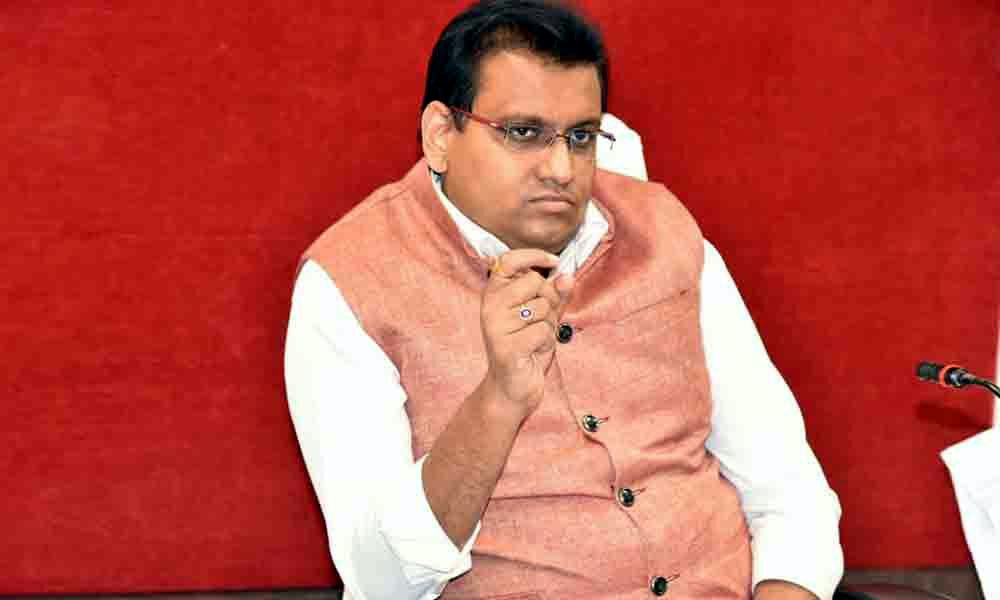 Andhra Pradesh is in the forefront of the implementation of eNAM and enabled the farmers to directly sell their produce through it, informed PS Pradyumna special commissioner marketing

Amaravati: Andhra Pradesh is in the forefront of the implementation of eNAM and enabled the farmers to directly sell their products through it, informed PS Pradyumna special commissioner marketing while delivering his speech at a conference on Warehouse registration and Interface between e-NAM and e-NWR at Vijayawada on Saturday.

Pradyumna said that, for the first time in the country, AP Agricultural department has declared 22 CWC (Central Warehousing Corporation) as a marketplace. Which means such warehouses can conduct trading activity henceforth.

Earlier a farmer depositing his commodity in central or state warehouses was required to again transport the same commodity to the market yard for selling his commodity. This led to double transportation cost. That was no longer needed now. In these 22 warehouses, the farmers can directly sell his commodity through eNAM, he explained. In the coming days, the rest of the central and state godowns will be gradually declared as a marketplace. The objective is to enable more market access to farmers, he explained.

National Agriculture Market (eNAM) is a pan-India electronic trading portal which networks the existing APMC mandis to create a unified national market for agricultural commodities. Small Farmers Agribusiness Consortium (SFAC) is the lead agency for implementing eNAM under the aegis of the Ministry of Agriculture and Farmers' Welfare, Government of India.

Electronic Negotiable Warehouse Receipt (e-NWR) would have no chances of any tempering, mutilation, fudging, loss or damage and with no possibility of any multiple financing. Hence, these NWRs will not only facilitate an easy pledge financing by banks and other financial institutions but also smooth trading on various trading centres like commodity exchanges, e-NAM and other electronic platforms.