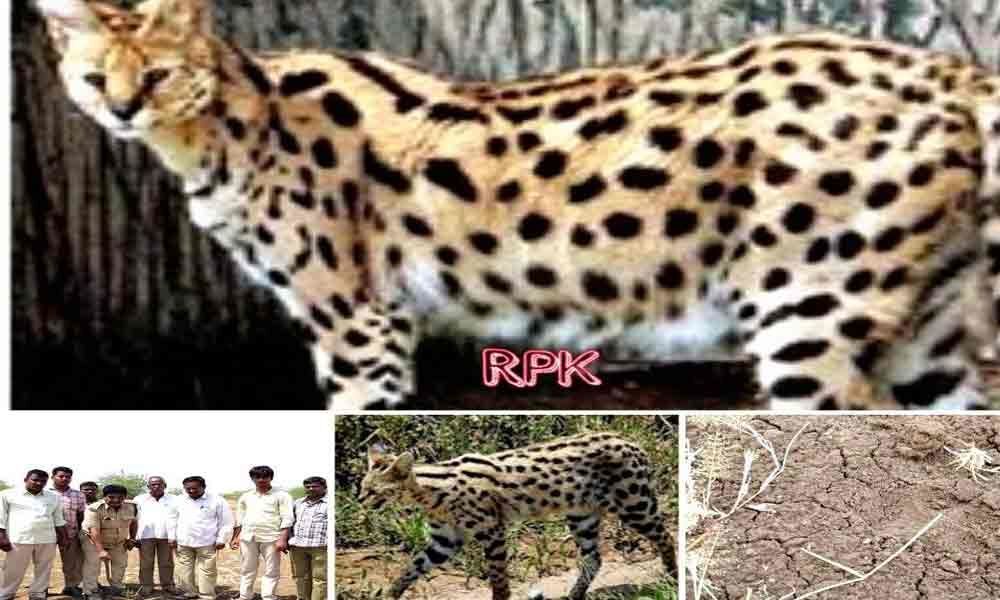 Residents of the South Right Bank Canal (SRBC) Colony in Nandyal have panicked on spotting a wild animal on Thursday and they said that it might be a leopard.

Kurnool: Residents of the South Right Bank Canal (SRBC) Colony in Nandyal have panicked on spotting a wild animal on Thursday and they said that it might be a leopard. They immediately brought to the notice of officials of the Forest department. With the information, a platoon of experts from rescue, mobile and wild cat expert teams plunged into action to identify the animal.

Ultimately, the experts have succeeded in spotting the wild animal. K Gopinath, the Additional Principal Chief Conservator of Forests (APCCF), said that it is neither a leopard nor a tiger as was said by the residents of SRBC Colony.

It is a wild cat that has come from the forest area to prey on bandicoots and other small animals. On the complaint of residents, we have set up CCTV camera traps and identified the animal, said Gopinath. He stated that there is no harm from this animal.

The residents need not scare on seeing this animal. The wild cat looks quite similar to leopard as it also possesses same kind of patches on its body. The pug marks were also tracked, and those marks did match with the wild cat. However, he further warned the residents no to harm any wild animal because the persons, who harm the wild animals have to face stringent punishment, Gopinath mentioned.