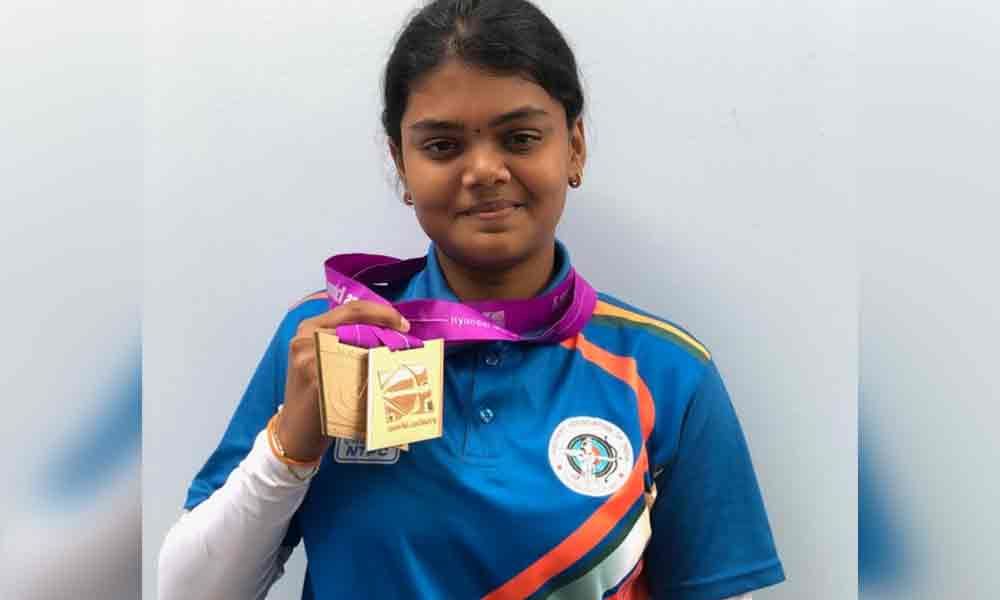 Archer from the city and Arjuna award winner V Jyothi Surekha won two bronze medals in the 50th world championships held at Netherlands adding one more feather in the cap.

She won bronze medal in the Individual Compound women's category by beating Yesim Bostan of Turkey in the 145-145 shoot off by shooting 10-9. She won another bronze medal in Compound women's team event along with Muskan Kirar and Raj Kaur by beating Turkey to 229-226. He further said that this is the first time that one player has won two medals in the world championships.