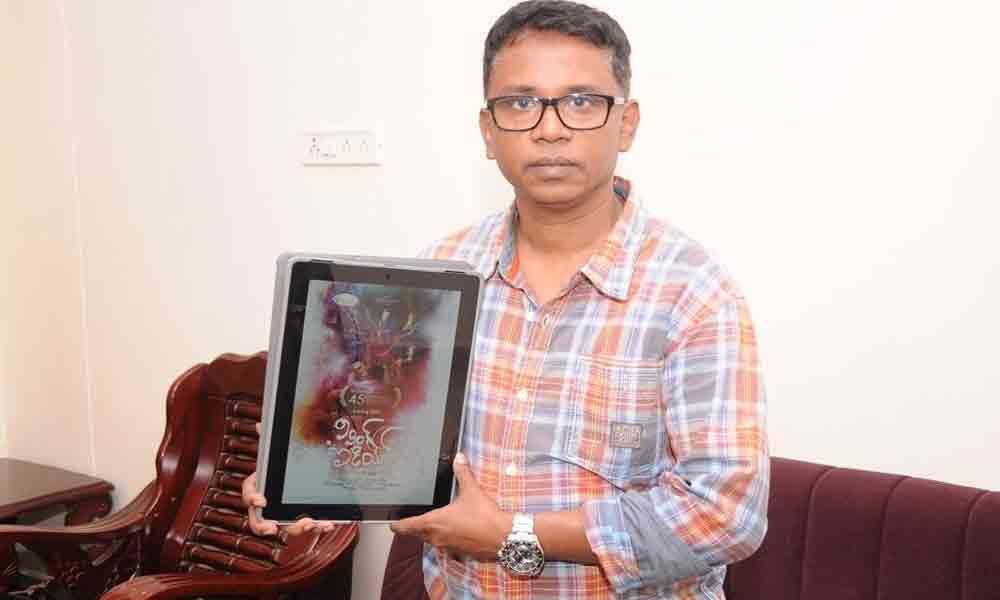 The theory ‘life is a circle, whatever you give will come back to you’ has been presented well in 15-minute short film ‘Living Idle’ through a sequence of heart-wrenching scenes.

Visakhapatnam: The theory 'life is a circle, whatever you give will come back to you' has been presented well in 15-minute short film 'Living Idle' through a sequence of heart-wrenching scenes.

Shot in Mumbai, the film conceived, written and directed by Ramana PMV, known in art circles as 'artbyramana,' clearly depicts the ordeals of an alcoholic sculptor and the consequences that come with it.

The maiden short film made by Ramana has so far bagged 70 international and 10 national awards, including the Telly Award and LA Film International Film Festival Award in various categories. After a six-month-long research, the shooting part took just a couple of days to wrap up for the art director who is in the city to host a workshop.

With minimum dialogues on the screen, the theme revolves around a skilled sculptor who turns insensitive towards his wife and child after taking to substance abuse. The story focuses on three perspectives – art, unconditional love and God. "I believe that we are our own sculptors of life. When you have a loving family, chances are wide that you tend to take it for granted.

However, realisation often dawns late. In Living Idle, the artiste abuses his wife physically and emotionally. But when he gets paralysed, the wife takes charge of family and supports him without any qualms," elaborates Ramana, an alumnus of Andhra University.

A native of Baruva village, Srikakulam district, Ramana is settled in Mumbai for the past two decades. He says that he was inclined towards art from the beginning of his academic life and pursuing BFA added value to his creative streaks.

After completing BFA, the art director did a three-year course in animation of film making at Zee Institute of Creative Arts (ZICA) institute. As visual developer and art director, Ramana catered to Hindi and Telugu film industries for quite a while.

"I worked as a creative assistant director for a decade with film-maker Shekhar Kapur. Besides, I also worked for movies such as Eega, Rajanna, Dhammu and Dhamarukam apart from a bunch of animated films," says the art director.

Ramana's next project is a feature film titled 'Mirage' with a tag line -- the buried principles. "The story is about Gandhian principles and its lost sheen in today's world," he adds before signing off.