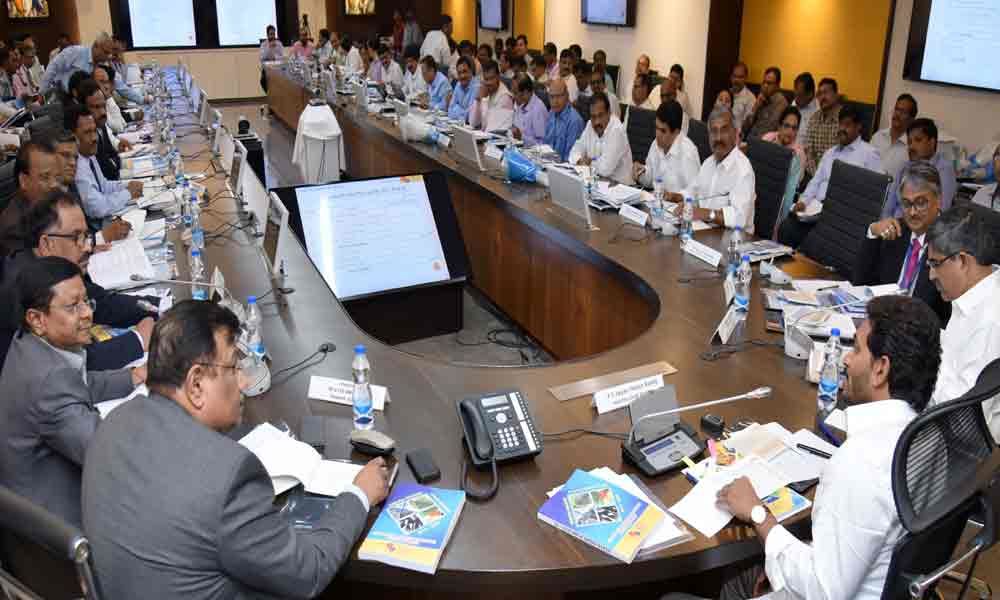 Chief Minister Y S Jagan Mohan Reddy appealed to bankers to extend cooperation to farmers as they had suffered heavy loss during the last five years due to drought and mounting debts.

Amaravati: Chief Minister Y S Jagan Mohan Reddy appealed to bankers to extend cooperation to farmers as they had suffered heavy loss during the last five years due to drought and mounting debts.He stressed the need for increasing confidence levels among farmers.

Addressing the 207th State-Level Bankers meeting at the Secretariat on Tuesday, the Chief Minister said that the State government will distribute Rs 12,500 to each farmer under Rythu Bharosa scheme towards investment for taking up cultivation.

To improve literacy rate the State government decided to pay Rs 15,000 to each mother for sending her children to school. He said the State government would also provide financial assistance to SC, ST, BC women to improve their living standards. The bankers should distribute the money directly to the beneficiaries.

Referring to the figures showing increase in assistance to agriculture sector every year, the Chief Minister asked the bankers if the figures include the previous loans taken by the farmers. The officials informed him that the figures reflect the old loans along with the interest.

The figures revealed the increasing number of debt-ridden farmers and members of DWCRA groups. The Chief Minister questioned the bankers if the previous government paid the interest on loans.

He said the previous government promised to waive farm loans to the tune of Rs 87,612 crore but cleared loans only worth over Rs 15,000 crore. As a result, farmers were caught in debt trap and several farmers narrated their plight during his Padayatra.