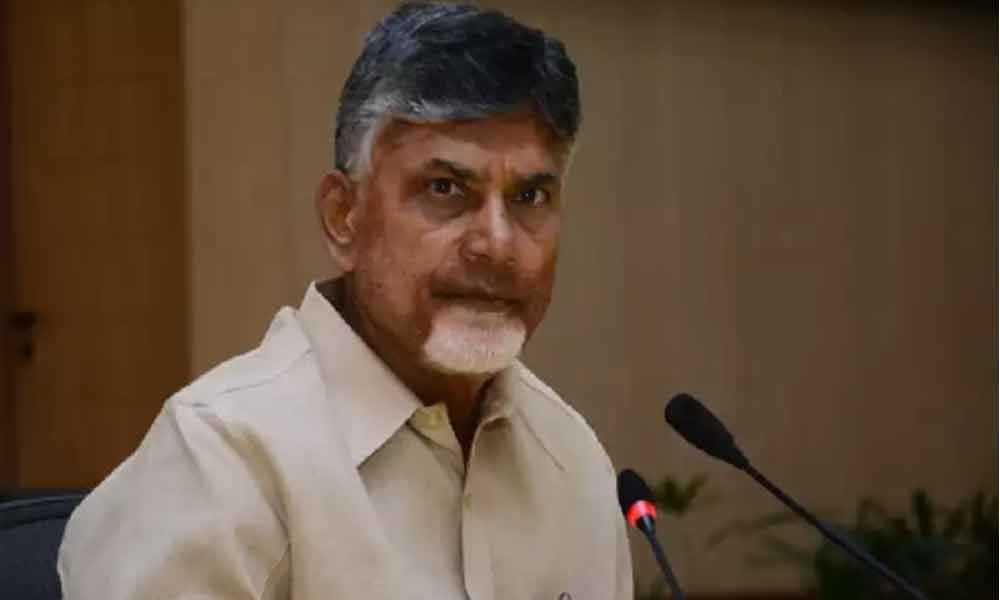 ‘We fought with BJP in interests of AP and only for special category status. We sacrificed central ministerial posts for that,’ Naidu said.

New Delhi: TDP chief N Chandrababu Naidu on Thursday condemned BJP's "attempts at weakening" the party in the wake of four of his party's MPs deciding to merge themselves with the BJP.

Reacting to the development in the national capital, he said that he was deliberating with senior party leaders on the issue.

"We condemn the attempts of the BJP in weakening TDP. The crisis is not new to the party," the former Chief Minister told ANI over the phone.

Naidu said that the party leaders should not worry about the development. "Leaders and cadre have nothing to be nervous about," he said.

In a blow to the TDP after its decimation in the recent elections, four of its six Rajya Sabha MPs from Andhra Pradesh and Telangana merged themselves with the BJP here on Thursday.

They submitted a resolution to him purportedly passed by the legislature party of Telugu Desam in the Upper House where the merger decision was taken. The fourth MP -- G Mohan Rao -- who is from Telangana, was not part of the delegation that met Naidu as he was stated to be in a hospital.

The resolution said the legislator party met under the leadership of Chowdary and Deputy leader Ramesh. The TDP has six members in Rajya Sabha and three in the Lok Sabha.

"Inspired and encouraged by the impeccable leadership of Narendra Modi and the development policies being pursued by him in the overall interest of the nation, we have desired to merge with the BJP with immediate effect under Paragraph 4 of the Tenth Schedule to the Constitution of India," the resolution said.

It also said the meeting resolved to write to the BJP president to accept the merger and convey his acceptance through a resolution to the Rajya Sabha Chairman and to request him to allow the merger.