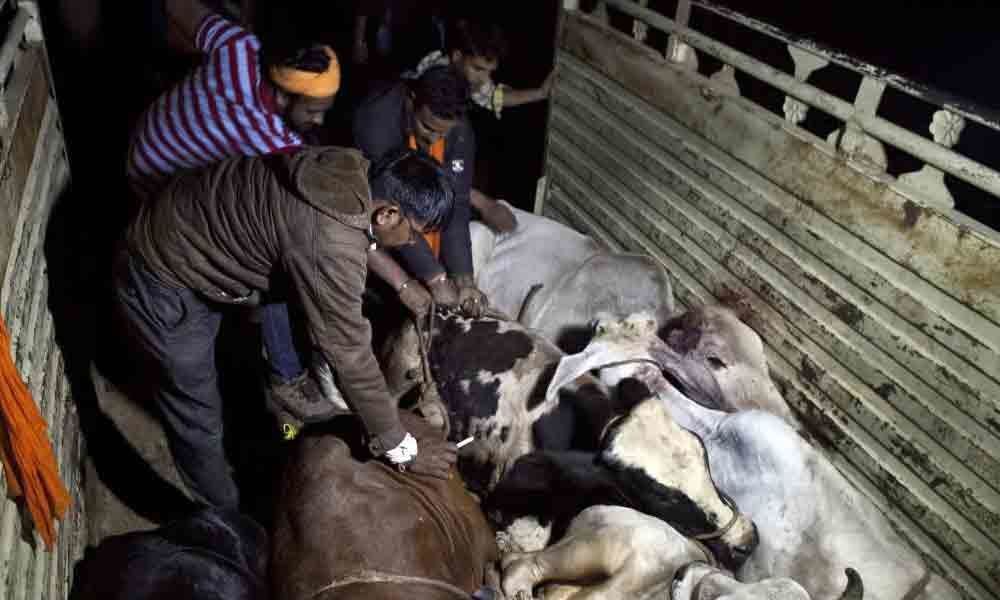 Suspecting criminal intention in the death of around 100 cows at Kotturu Tadepalli due to alleged poisoned water or food, the BJP leader Lanka Dinakar...

Amaravati: Suspecting criminal intention in the death of around 100 cows at Kotturu Tadepalli due to alleged poisoned water or food, the BJP leader Lanka Dinakar demanded a thorough enquiry into it. He accused that it was appearing as an intentional act, in a press release on Saturday. He maintained that somebody poisoned, which led to the death of Cows and some Cows have been battling with death.

He said that the guilty must be punished, as it is an attack on the sentiments of the people and it is not a good gesture for the prosperity of the State.

"We are seeking enquiry to chase the conspiracy behind this brutal act. If the government neglects it, it hurt the sentiments of crores of people who follow Hindu Religion. Since Hindu's treat Cow as sacred and auspicious, the government must consider it as a serious issue. This incident happened during the auspicious Sravanamasam, which causes more pain", he added.