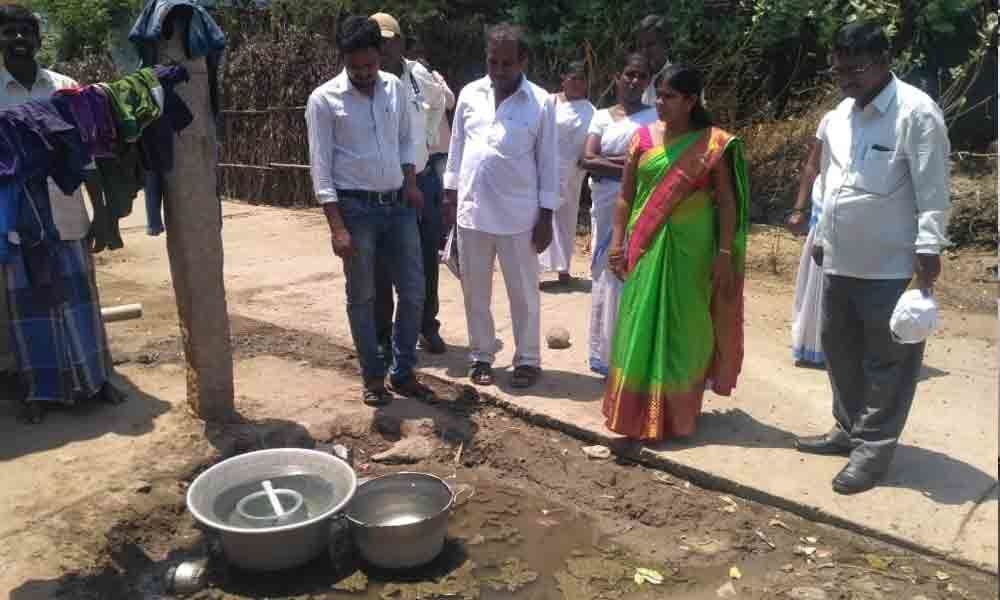 Malaria causing socio-economic burden on the humanity as 36 per cent of world population is exposed to the risk of contracting malaria. The World Health Organisation (WHO) estimates 30-50 crore malaria cases are registered annually.

Tirupati: Malaria causing socio-economic burden on the humanity as 36 per cent of world population is exposed to the risk of contracting malaria. The World Health Organisation (WHO) estimates 30-50 crore malaria cases are registered annually.

The disease is one of India's leading public health problems and the incidence in the country was expected to be around 15 lakh cases and 666-1,000 deaths per annum. The intensity of malaria transmission may depend on the season, it occurs in both rural and urban areas.

The theme for this year's World Malaria Day to be observed on April 25 is "Zero Malaria starts with Me," a grassroot campaign aims at empowering communities to take ownership of prevention and care. District Medical and Health department has been taking steps to achieve this aim.

Action plans were prepared involving all the staff of the department along with line departments, who will go the grassroots at every nook and corner creating awareness among the public.

The pertinent point on which they focus attention was that to educate people on the ill-effects of water stagnation in and around the houses.

District Malaria Officer (DMO) E Husenamma told The Hans India that mosquitos that cause malaria and some other vector-borne diseases spread through fresh and stagnated water. It is important to ensure that all overhead tanks should not be kept open and must be covered.

Normally, the Health department declares June as an anti-malaria month as more cases will be reported during that time and officials intensify their awareness activities.

The DMO said that, only one malaria case was reported in the district this year as against 44 last year. The disease is caused by the mosquitos developed in the houses.

Malaria is caused by a one celled parasite called a plasmodium. Though there are four types of malaria, mainly two types are prevalent in India. plasmodium falciparum and plasmodium vivax are more in the country, she said. Explaining further she stated that malaria begins with shivering followed by high fever sometimes on alternate days. The symptoms begin within a few weeks after being bitten by an infected mosquito. Mainly two types of tests-slide method and rapid diagnostic-are done to diagnose malaria.

Husenamma stated that one should take all precautions to prevent themselves from mosquito bites. It is always important to use mosquito nets while sleeping and use mosquito repellents among other things.

By being aware of the disease and its preventive measures, one can safeguard themselves along with others which can enable a malaria free society.

Particularly in rural areas the people should be educated more on the disease as they are more vulnerable to mosquitos, said the DMO.