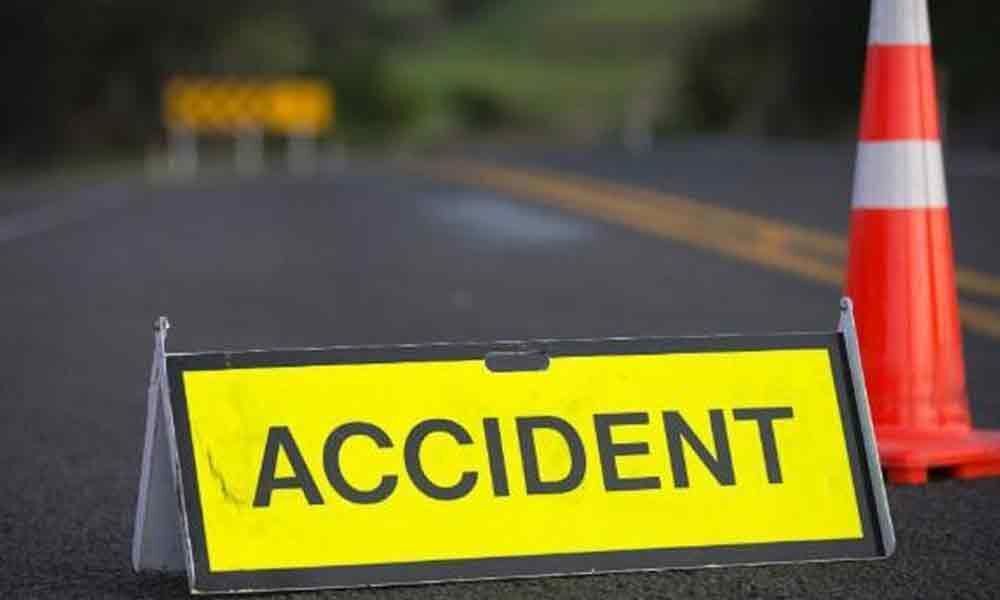 Guntur : Five persons including two children were killed on the spot and another two persons injured, ,when the Fortune vehicle in which they were travelling hit the stationary lorry on NH-5, at Chilakaluripet on the wee hours of Monday.

According to police, eleven devotees were returning from Tirumala after having darshan of Lord Sri Venkaeswara Swamy, when their vehicle reached near Chilakaluripet,the driver of the vehicle lost control over the vehicle and hit the stationary lorry

Five persons including two including two children were killed on the spot. Anoher two persons who were injured have been shifted to the local government hospital.

They hailed from Sabbuvariplam village of Palakollu mandal of from West Godavari district.

The police removed the bodies of the deceased with the help of JCB.

Police registered the case and took up investigation.