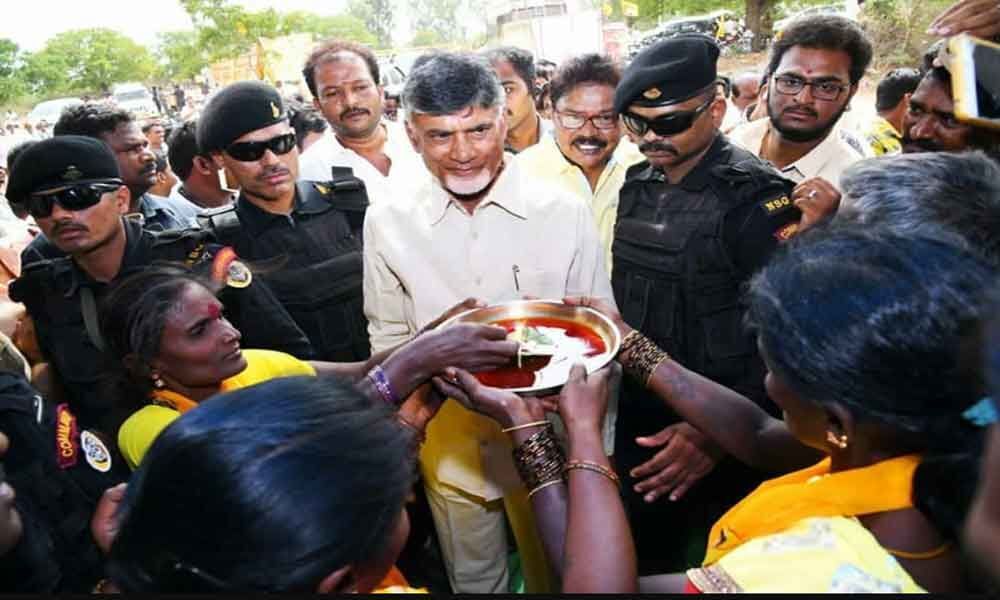 Former Chief Minister and TDP President N Chandrababu Naidu came down heavily on the recent attacks on party workers at several places in the State.

Tirupati: Former Chief Minister and TDP President N Chandrababu Naidu came down heavily on the recent attacks on party workers at several places in the State.

Addressing his first public meeting after elections in April at Ramakuppam of Kuppam constituency on Tuesday, he said that already six party workers have lost their lives and at some places party workers were forced to leave the villages. There was no place for such attacks in democracy every party should respect other parties, he said.

"It's the duty of government to maintain law and order. When it fails in its duties, people will not sit as silent spectators but become active and control such acts.

I am deeply pained with the attacks on party workers and though TDP won the elections for five times, we never resorted to such attacks", Naidu maintained. Saying that it was his duty to protect every party worker in the state, he made it clear that he will be present wherever party workers face a problem.

If needed, he will stay back there for 2-3 days to create confidence among them and no party worker should not be demoralised.

Naidu reiterated that he do not want to criticise government as it needs some time to settle down. But, ruling party was targeting TDP workers at several places in state which should be condemned.

Party lines should be at the time of elections only. Once that process was completed everyone should focus on development activities and peoples problems should be high on agenda. Instead of doing that the ruling party was thinking that by frightening TDP workers with attacks which is not correct.