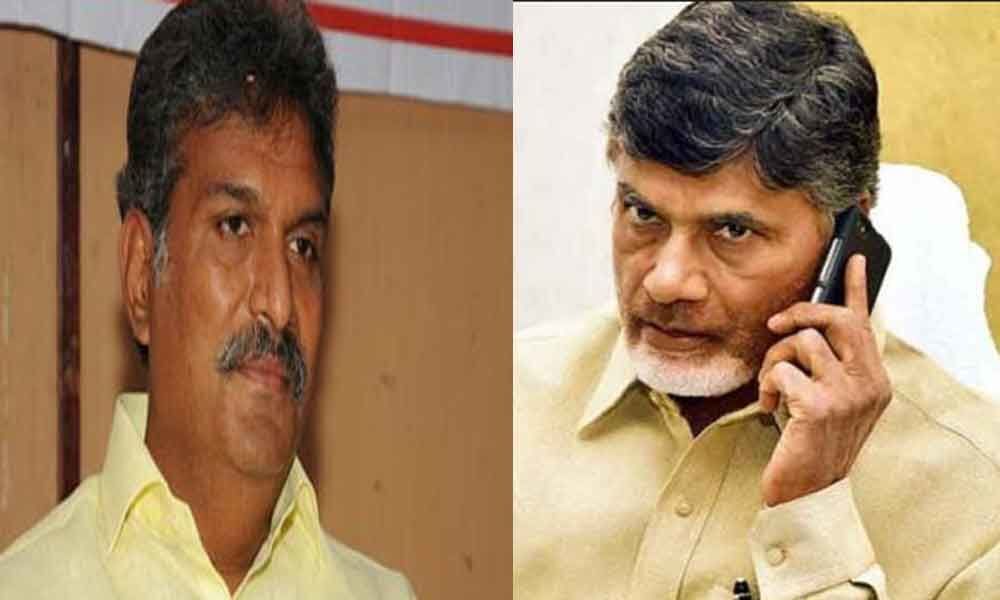 It's said that Kesineni Nani is very upset over giving the Politburo and Parliamentary Party positions to Galla family in the Parliament.

Since a few days, there are also speculations around that he may join BJP party. In this meantime, the TDP chief Chandrababu Naidu has declared Kesineni Nani as the party whip in Lok Sabha.

Responding to it through a Facebook post, Kesineni Nani has refused to accept the whip post. With this, Chandrababu Naidu has made a phone call to Nani and said to meet him at the undavalli residence in the evening.

Within 24 hours over the decision, Kesineni Nani has dropped the post through the Facebook post by thanking Chandrababu Naidu for the whip post in Lok Sabha and he requests him to appoint someone else who is more capable and efficient than him and expressed apologies for rejecting the post.