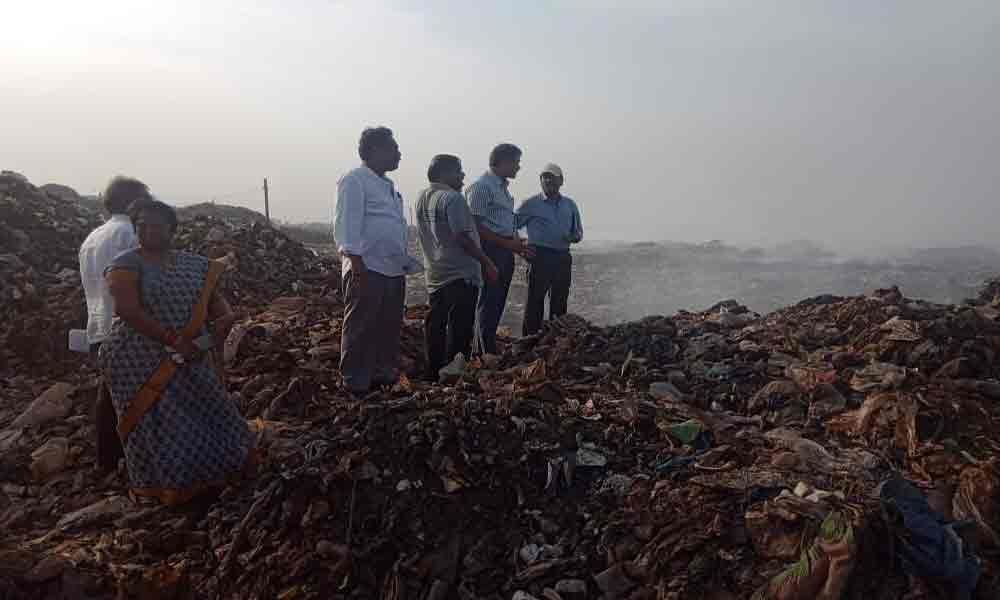 Kakinada: KMC commissioner K Ramesh visited municipal dumping yard at Parlova Peta and Dummula Peta in Samba Marti Nagar area in the city on Saturday evening. He visited in the wake of noticing flames and thick smoke from the area.

The officials suspect the present heat wave conditions or some toxic waste materials which might have been got mixed in the garbage resulted in the flames. The other version that was being heard is it was the work of some local residents in Parlova Peta and Dummula Peta area who have been agitating for shifting of dumping yard from the areas quoting health hazards due to this dumping.

City mayor Sunkara Pavani had to intervene twice to convince the locals when they blocked the vehicles carrying municipal waste to dump in the yard. At present, the site of AP State ports was being used as makeshift dumping yard as the smart city lacks this facility and in search of suitable site for the last two decades for permanent dumping yard.