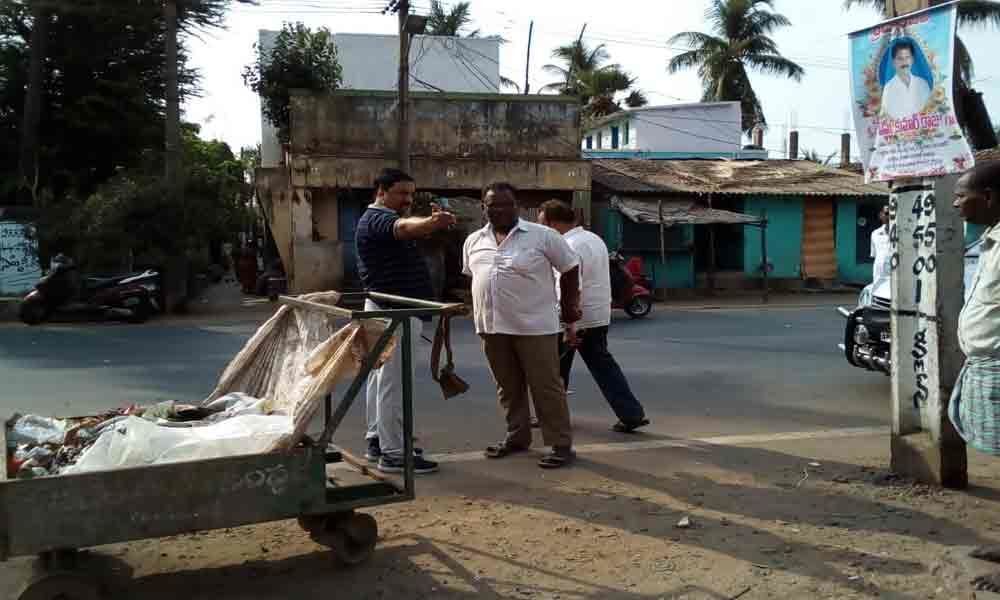 Municipal Corporation additional commissioner CH Naga Narasimha Rao has directed the sanitation staff to clear the silt to endure free flow in drains as the rainy season is fast approaching.

After inspecting various divisions in the city, he said the corporation was giving top priority for sanitation to make Kakinada as a pollution free city.

He asked sanitation workers to collect the garbage from every house daily and send it to compost yard. He appealed to the people not to throw garbage. He said the garbage is obstructing the flow of drain water and it may cause many problems in the rainy season.