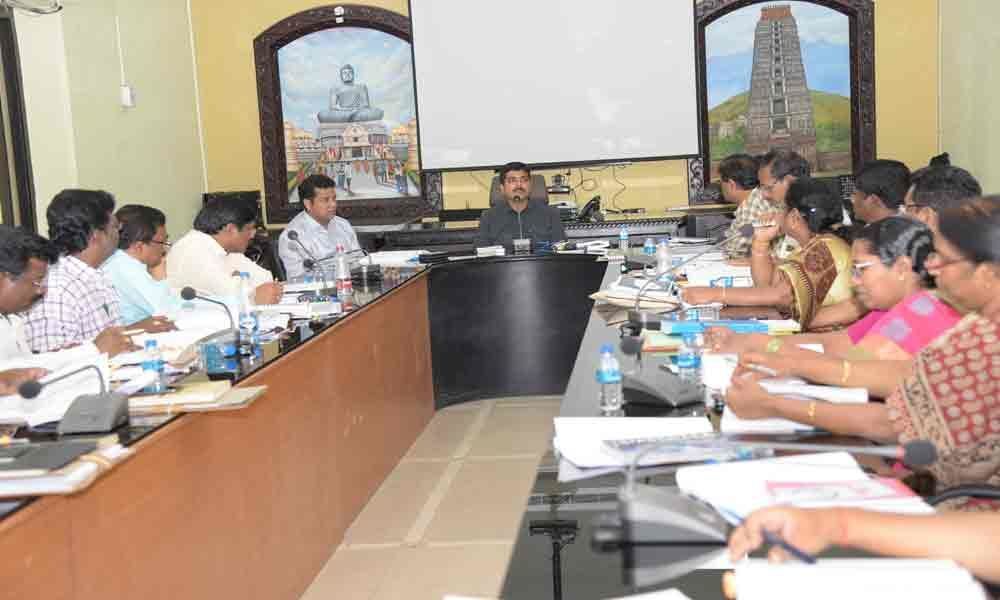 District Collector Kona Sasidhar directed the officials to concentrate on counting of votes to be held on May 23.

Guntur : District Collector Kona Sasidhar directed the officials to concentrate on counting of votes to be held on May 23. He conducted a meeting with the Returning Officers at the Collectorate on Thursday. Addressing on the occasion, he said that counting of votes is an important task and they have to be vigilant.

He instructed them to follow Election Commission guidelines in the counting and take steps to conduct votes counting without any problems. He further said that Returning Officers are responsible for votes counting and they should have control over other officials.

First they have to count postal ballots and directed the official to make necessary arrangements for postal ballots counting. He said that they will conduct training classes for votes counting on May 7.