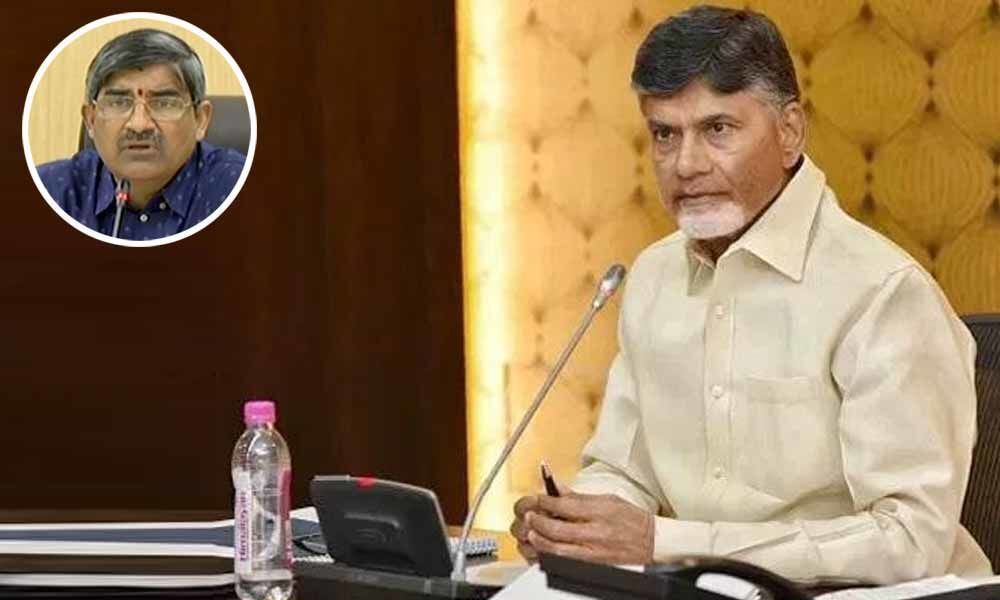 Expressing displeasure over the functioning of Chief Secretary LV Subramanyam, the Chief Minister N Chandrababu Naidu has said that every action will count.

Amaravati: Expressing displeasure over the functioning of Chief Secretary LV Subramanyam, the Chief Minister N Chandrababu Naidu has said that every action will count. Naidu said that CS could not escape and has to answer for every mis governance happened during the period of Model Code of Conduct, while addressing at a press conference at his residence at Undavalli in Guntur district on Wednesday.

The cold war between the Chief Minister and Chief Secretary has been continuing.

Naidu said that CS made a statement regarding the powers of Chief Minister, for which he wrote a letter demanding to give explanation. Naidu quoted the story published in The Hans India.

The CM revealed many facts on this occasion. Naidu said that CS constituted an inquiry committee on the allegations regarding the transportation of TTD gold, without taking prior permission from him. But, later the report was submitted to CM by CS for ratification. Revealing this fact for the first time, Naidu stated that on what authority CS constituted an inquiry committee? When he did not care the office of Chief Minister while constituting the committee, then why did CS submitted the inquiry report to CM for ratification? It is an act of political conspiracy, Naidu suspected.

CM further said that only political parties would do such things for political comments, but the bureaucrats are not allowed.

Commenting on the failures of the Punjab National Bank in ensuring proper security measures while transporting the gold, he said that it was the sole responsibility of the banker's to deliver the gold at TTD treasury.

Instead of pointing out at the Bank for their failure, the CS and the committee constituted by him found fault with the TTD authorities, which was ridiculous, Chief Minister added.

How could CS question his subordinates (TTD EO and others) without their fault? Is it not demoralising the honest officials?, Naidu questioned.

The Chief Minister stated he is not new for CM position but LVS is new for that post.

Reacting to a question on the comments of CS on poor performance of Fibre net technology, Naidu said that LVS was was not supposed say that it would be closed. This would be a policy decision to be taken at the political level and CS does not have authority. The CS has the responsibility to improve the performance of any government organization, but not supposed to take unilateral decision to close the existed organizations and corporations, he explained.