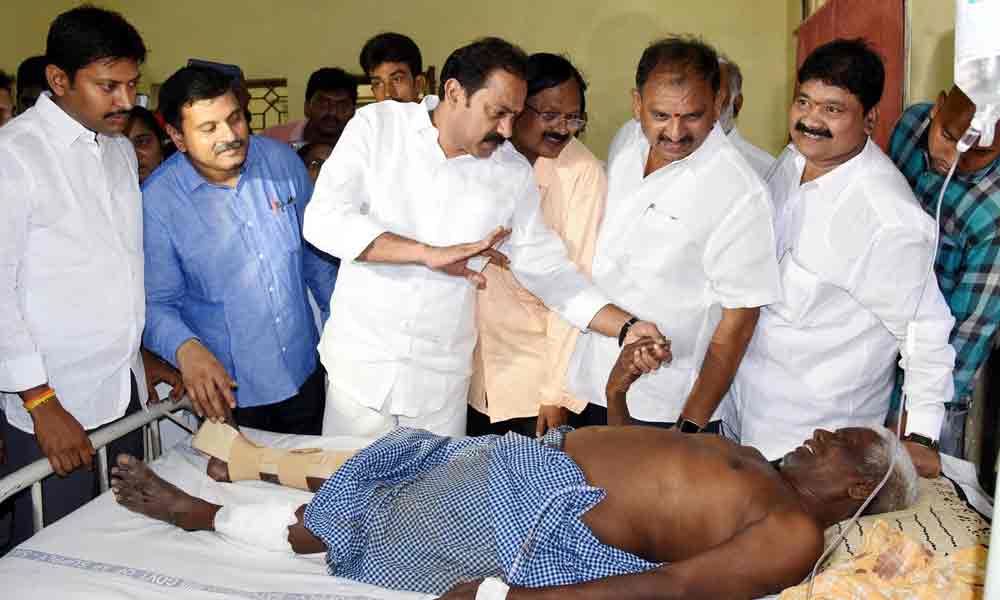 The bus on its way from Tadepalligudem to Manuguru met with an accident at Jangareddigudem on Saturday night. The bus turned turtle at a culvert causing injuries. The injured were admitted into Eluru government hospital. The deputy CM on Sunday consoled the victims. He enquired details of the accident. He directed the medical officers to extend better treatment to the injured persons.

Speaking on the occasion, Nani said that about 15 of the injured expressed their preparedness to discharge. However, they were being treated for their complete recovery. Similarly, the doctors of the hospital had informed the deputy CM that there was no need to shift the seriously injured persons to any corporate hospital as the facilities available in the hospital are comparatively better.

The role of bus driver and the condition of the bus and other aspects should be covered under the probe, the deputy CM directed. Earlier, during consoling the victims, the deputy CM was accompanied by MLAs KA Chowdhury and P Vasubabu among others.