Doctors take out rally against NMC Bill in Ongole 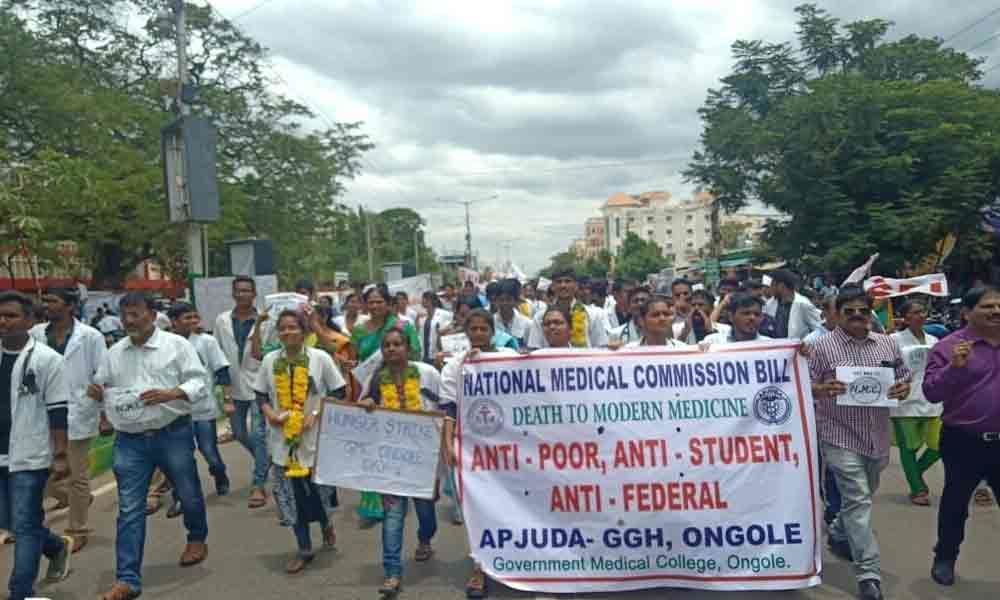 The members of the Indian Medical Association (IMA), government and private doctors and junior doctors protested against the National Medical...

Ongole: The members of the Indian Medical Association (IMA), government and private doctors and junior doctors protested against the National Medical Commission (NMC) Bill at Rajiv Gandhi Institute of Medical Sciences and organised a rally from the RIMS to Collectorate as they announced one-day strike on Thursday.

The IMA leaders explained that the Medical Council of India was established in 1956 as an authority to provide the best medical education and medical services to the public in the country, but the NMC bill passed in the Lok Sabha to replace MCI.

The doctors condemned the attacks of the police on peacefully protesting doctors at various places in the state and demanded that the government initiate action on the officers who wontedly trying to disturb the cooperative atmosphere.