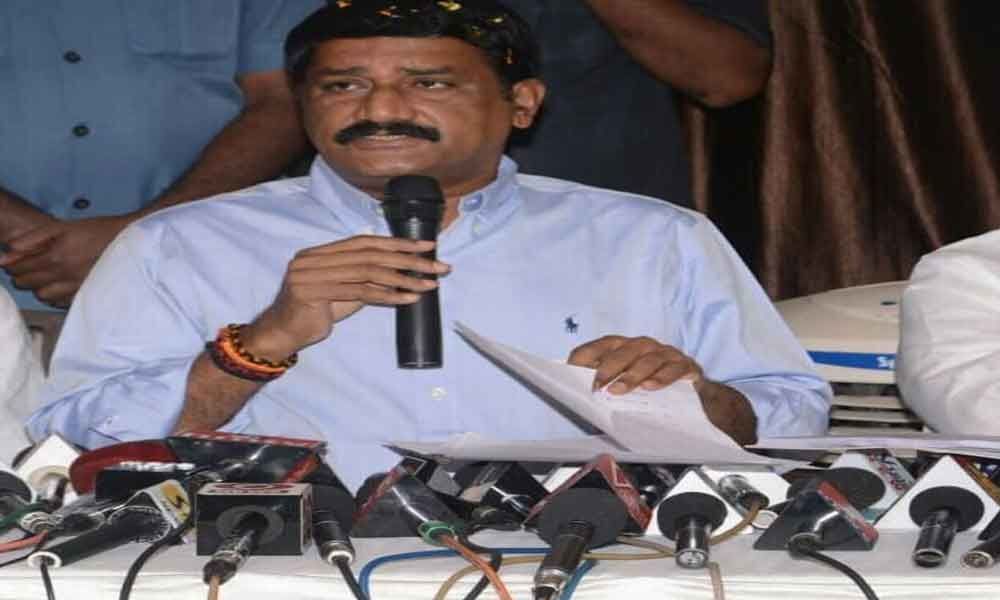 Pointing out that the Centre did not do justice to the State as promised, HRD Minister Ganta Srinivasa Rao, who is contesting from Visakhapatnam North Assembly segment,

Visakhapatnam: Pointing out that the Centre did not do justice to the State as promised, HRD Minister Ganta Srinivasa Rao, who is contesting from Visakhapatnam North Assembly segment, said Chief Minister N Chandrababu Naidu continues to strive for the development of the State despite the cash crunch. Addressing media here on Thursday, he said that Prime Minister Narendra Modi, Telangana Chief Minister K Chandrashekar Rao(KCR) and YSRCP chief Y S Jaganmohan Reddy have teamed up to spread a false campaign against Naidu.

"In his recent interview, Jagan stated he would partner with KCR to get the Special Category Status for Andhra Pradesh. This reflects the level of maturity and poor administrative skills of Jagan. With KCR having no respect for Andhra people, what sort of development and status Jagan aims for the Telugu people?" the Minister questioned.

Reiterating the transformation brought by Naidu in Hyderabad, Srinivasa Rao said the Chief Minister was working hard to change the landscape of Amaravati with hardly any financial support from the Centre. Keeping the number of charges levelled against Jagan, Srinivasa Rao wondered what kind of leadership culture he would promote if voted to power.

Further, the Minister pointed out that it was unfortunate that Jagan's visits to the court outnumbered his visits to assembly sessions. "His 20-plus page affidavit mirrors a number of cases and a list of amassed assets.

If a person with such a background gets elected, what would be the fate of the Andhra people?" he asked. He appealed to Telugu people to take the right decision and elect a leader who accords top priority to the welfare of the people and not to faction politics.