Dumping of waste a major problem for canal cleaning 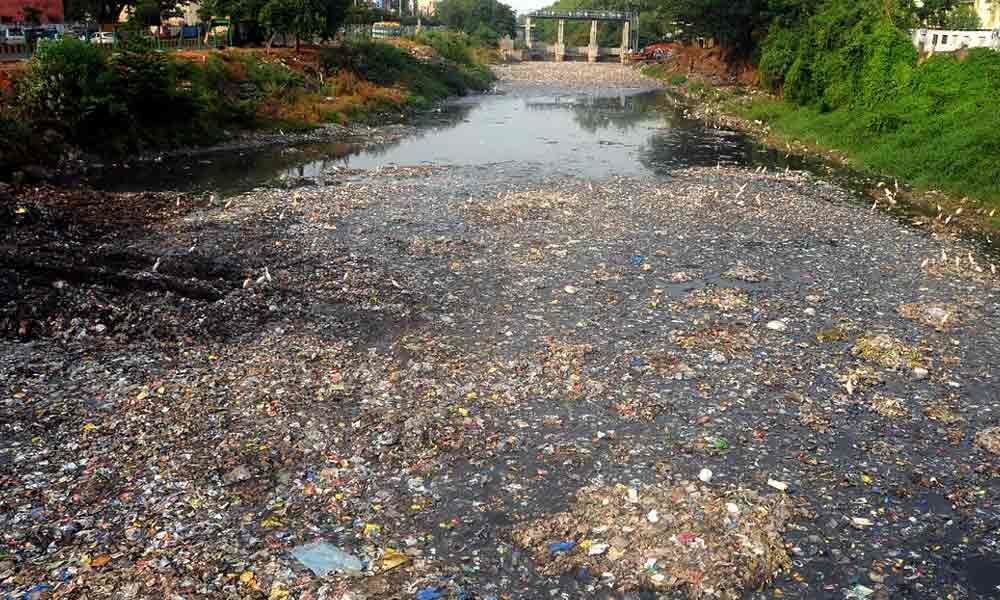 Though the government machinery has started operation to clean canals in the city, the wastage from encroachments including residences and commercial establishments along the canal bunds have turned a big challenge to the ongoing efforts.

Vijayawada: Though the government machinery has started operation to clean canals in the city, the wastage from encroachments including residences and commercial establishments along the canal bunds have turned a big challenge to the ongoing efforts.

The experts suggest that the construction of special pipeline to shift wastage material, apron work at beneath of canals and removing of encroachments from canal bunds are only permanent solution to address the pollution problem.

The three canals, Bandar canal, Eluru canal and Ryvas canal are passing through the city and are major source to cultivate crops in Krishna district and towns like Machilipatnam, Hanumanjunction and Eluru will utilise the same water for drinking water purpose. But the canal water is totally polluted with wastage materials being discharged by commercial establishments and residents along the canal bunds.

The residences and commercial establishments were constructed on canal bunds some decades ago. The political parties have also encouraged the encroachments. Now, the canals are full of garbage and wastage of residents and commercial bodies. As per the studies nearly 25 lakh people in two districts Krishna and West Godavari are utilising the canals water for drinking purpose despite pollution levels are high in the water.

Already the city students and engineers of Water Resources department conducted several surveys in this regard. The septic tanks and drainage connections of canal bund residents are directly connected to canals. As many as 81 drainage points were identified by officials.

Moreover, the garbage of several areas is also being dumped in canals. However, the officials failed to provide solution to address the problem. Already, the people of various walks of life submitted their suggestions to local body and also irrigation officials.

D Madhusudhana Rao, a former irrigation official, said the government should take steps to avoid dumping of garbage in canals. He said the garbage of commercial establishments should be regulated as per the norms.

Erneni Nagendranath, a former drainage board member, submitted a proposal to the State government to solve the pollution problem in canals. He said separate pipeline system should be erected to shift the wastage materials from canal bund residents. The sewerage plants should be established at outside the city, he said.

A senior official of Water Resources department on condition of anonymity said the apron work at beneath of canals also should be erected to maintain cleanliness. The encroachments should be removed totally, he said and added that water could be maintained in canals to encourage tourism activities.