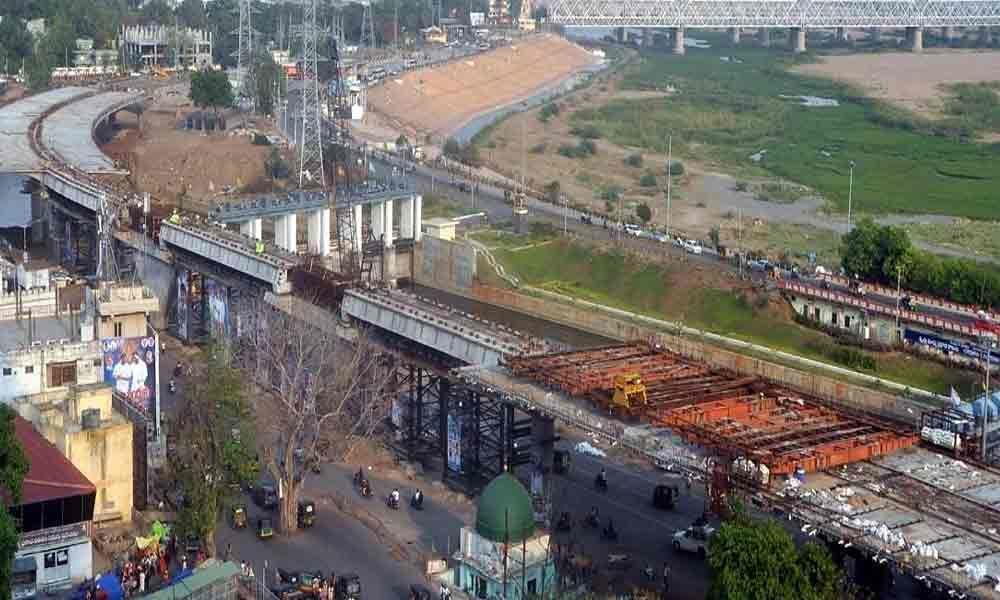 Vijayawada West Assembly constituency MLA Velampalli Srinivas has been inducted in the Cabinet and he was given Minister for Endowments portfolio on Saturday.

Vijayawada: Vijayawada West Assembly constituency MLA Velampalli Srinivas has been inducted in the Cabinet and he was given Minister for Endowments portfolio on Saturday. After the gap of nearly 30 years, MLA from Vijayawada West Assembly Segment got berth in the Cabinet. Previously, M K Baig, a former Congress leader got berth in 1989 in Congress regime. Since then, the minister post is eluding the leaders.

Leaders Jaleel Khan, K Subba Raju, Nasar Vali and Velampalli Srinivas were elected as MLAs till 2014. Now, again the West MLA got berth in Cabinet. Velampalli was earlier elected in 2009 elections and was defeated in 2014 elections. Before the swearing in ceremony at Secretariat on Saturday, Velampalli Srinivas briefing the media said that he would give top priority for speedy completion of Durga temple flyover and development of the city.

Stating that the Durga temple flyover construction works started nearly five years ago, he said lakhs of people were suffering due to slow progress of works. Now, the time has come to the YSRCP to complete the construction works, he added. More than 70 per cent of works are completed. Before the elections, the relations between the TDP and BJP strained. Consequently, the releasing of funds was delayed for completion of flyover.

The state Roads and Buildings department is supervising the flyover works while the Union government had sanctioned the project worth Rs.400 crore to the city under the previous NDA regime. Now, as there are harmonious relations between the YSRCP in the State and the BJP at Centre, there is a possibility of releasing pending funds to complete the flyover, which is located in West Assembly Constituency.

As Endowment Minister, Velampalli Srinivas will focus on the development of temples in the State. He is the regular visitor to the Durga temple in Vijayawada and hopeful of developing the temple in the coming years.